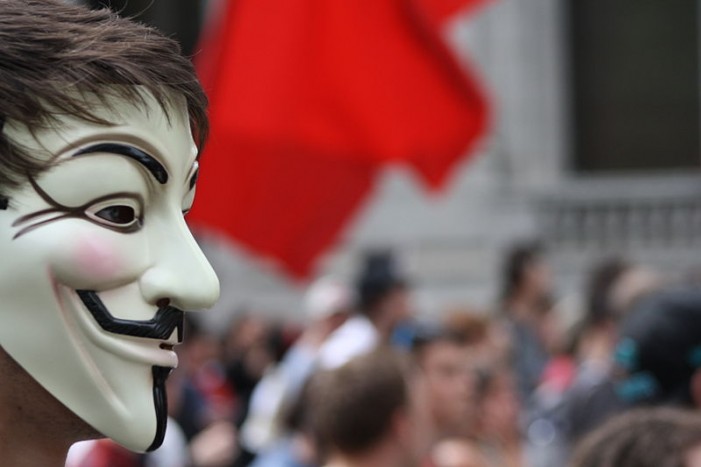 CFN – Ah what interesting times we live in…   The Montreal Student protest is becoming International news.  Countless pieces have been written about it by hundreds of people…

As a former Montrealer who grew up during the 70’s, the heart of linguistic purges in Quebec I saw first hand how Quebec language politics work.

This strike really isn’t about tuition hikes.  It’s about a lot of things.  Mostly it’s about the Harper government sticking an angry cat with a sharp stick until it hissed enough to take to the streets.

This protest has become so many things to so many people it truly is hard to nail it down.  What exactly will the province be negotiating with the students?   The PQ have done what the PQ does best; promise something it knows the province can’t really afford to pay for with no solution which in a bad economy is of course going to be devastating.

For me having read countless reports and opinions it comes down to what happens when people don’t vote.  When they are not a part of the process.

I can tell you that this is all part of a bigger shell game to break down Canada so that US interests can press our sovereignty even further than they have been; that while these students are protesting a few shekels per year in tuition Medicare as we know it is being destroyed and our freedoms and rights limited each and every day in increments, but it’s not as exciting as this video now is it?

But isn’t it odd as one of the largest provinces in a country of ten provinces is boiling over and very well could overthrow the duly elected government that our Prime minister is all but silent?  Where art thou Mr. Harper?  Even Thomas Mulcair is busy beating on Western Oil influence and the tarsands.

See this gets back to us not voting enough in Canada or being well enough informed.  If I stop with a video camera on a busy city street anyway in Canada I bet people will be able to name more of the American Idol finalists than provincial premiers or city councilors where they live.

Quebec set a precedent in the last Federal election by turning their noses at the Bloc Quebecois and voting for a Federal party; the NDP who have the most seats in La belle Province.     Right now does anyone think that the Charest Government will make it to the next provincial election and if it does it can get re-elected?

Has the Harper government’s rejection of Quebec helped Canada?   Is anyone following the money?    This is going to get uglier folks and it’s not good for Canada or our economy.  It sure isn’t going to be good for Quebec which still has a lot of growing to do if it’s truly ever going to move forward within or without Canada.

Linguistic fascism is ugly.  The language insecurity issues resonated in the 70’s.  Forty years later it’s time to be grown ups and look at the big picture.   One of the reason’s the Harper Government has been so successful in sowing dissent is because of the punitive policies of Quebec and its utter refusal to play by the same rules as the other provinces and territories.

Canadians across this country have some big people decisions to make.  We all have to decide what kind of country we truly want to live in and then we actually have to find time to make that happen because time is running out.

As a wise old friend once shared with me;

If we don’t make our own decisions in life other will.

We truly need to start voting for leaders and not mouthpieces.  We need to realize that partisan politics ultimately are a huge fail for what’s best in any jurisdiction.    We need to be honest and we need to be accountable or what we are seeing now is what we get.  It’s that simple and crying out when you’re in the meat blender is too late.

Is the Montreal Student Strike the End of Canada as We Know it? Editorial by Jamie Gilcig added by admin on May 26, 2012
View all posts by admin →

13 Responses to "Is the Montreal Student Strike the End of Canada as We Know it? Editorial by Jamie Gilcig"