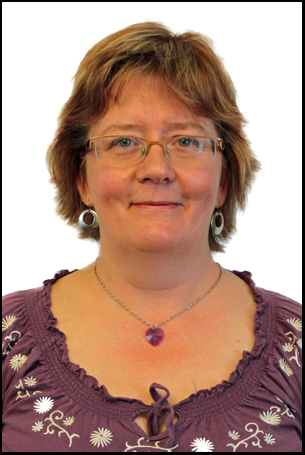 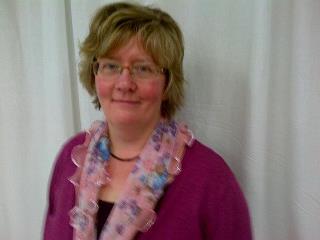 CFN – The focus of this column will be on how to occupy your life. Maybe you are stuck with a label you don’t want or feel you didn’t choose. I studied labeling theory in university and came to understand how a label can be a tricky thing to handle. Having been labeled “hyper-sensitive” my whole life I feel I must explain how that works for me. Hypersensitive people have highly attuned nervous systems: they are the first person to feel that chill of cold air coming in from the crack under the door; they can sense when someone is keyed up emotionally and they are on high alert to real or imaginary dangers.

.
Hypersensitive people have just as many talents and gifts as any other human being, but they need careful nurture in order to realize their potential. If as a hypersensitive child their personal space was respected and protected, they usually do well. However, if that same child experiences a violation of  their personal space it can cause that hypersensitivity to go right out of control and lead to many issues that are difficult to deal with such as melt-downs, tantrums, withdrawal, depression and even loss of ability to express themselves.

A useful way to change the way we think about a label is to look at a model that functions in a healthy and vibrant way that also exhibits the characteristic identified in the original problem. Let’s continue with the example of hypersensitivity. One example of an extremely hyper-sensitive creature is a spider.

Spiders anchor their webs and then hide themselves waiting for anything to come into that personal space. The web is an extension of them and is their way of getting food and information about the weather and any predator that may be lurking. They can feel everything as they have eight legs with sensors that are attuned to the slightest vibration.

Comparing a hypersensitive person to a spider in its web is useful to illustrate the theme of “Occupy Your Life” because when someone feels their personal space has been invaded often they react to that intrusion with upset behavior. If a spider is attacked by predator and its web gets ripped, it will always fix its web as they are resilient in that way. However sometimes the predator will eat the spider or injure it. So it is with our hypersensitive soul, they will always try to repair damage but if they are violently attacked sometimes they do not recover or sustain physical, mental, social, intellectual and/or spiritual injuries that do not heal.

Both spiders and hypersensitive people are objects and targets of indiscriminate attack. Why is that? It may be because most people have an inborn fear of spiders because they look so scary and they might bite you. What could be the cause of an overreaction to the hypersensitive? Perhaps it’s because they reflect a weakness that we fear we may catch. Who wants to be emotional or appear weak? None of us do. When we, as a society, decide to label someone as having a weakness we are creating a sub-section of our society that has special needs.

Cornwall is an excellent example of a City where there is a sizeable population of people who are elderly or fragile or suffer from disabilities or social or mental issues. Once labeled, this population lives on the margins of the society, meaning that they cannot realize their full potential work-wise because they have lost the ability to work. They are frequently trapped in poverty which is hard to deal with. Being labeled hypersensitive in this community is not something one would wish on oneself since it does not seem to be a valued character trait. But is this true?

In the natural world, spiders serve a function which is vital to the well-being of their ecosystem. They do pest control in a non-toxic way. They offer their services freely. So how does this relate to the hypersensitive? One example of a is my friend “B” who was so sensitive to perfume in her workplace that she would get dizzy, weak and vomit when her manager came in doused in Chanel. Because of the work that “B” did fighting for her rights we now have an increasing number of work and public spaces that are scent-free. “B” occupied her world and helped to change things so that her co-workers could work in a better environment. She was sacrificed in a way because there was so much opposition to her complaints that she was bullied right out of her job. Some of her coworkers deliberately sprayed chemicals near her to make her so sick that she had to go on permanent disability. Perceived as a threat because she revealed a weakness, she still did the right thing. That makes her a champion, don’t you think?

I have found it useful to have the anchor of a spiritual practice in order to protect myself and to help me deal with hypersensitivity. It helps me have calm and tranquility in an upset world. I say a prayer for protection every day, sometime several times a day.

I invite you to explore the concept of saying prayers for protection as they can be very powerful. Have any of you experienced this in your life?

Thank you “B”, for sharing your story with me. It is an honour to have you as a friend. Thank you dear friends and readers for your interest – my good wishes go out to all of you.

You can reach me at spiritmatters9@gmail.com

Shirley Barr lives and works in Cornwall Ontario since May 2010 and is a member of the Baha’i community.