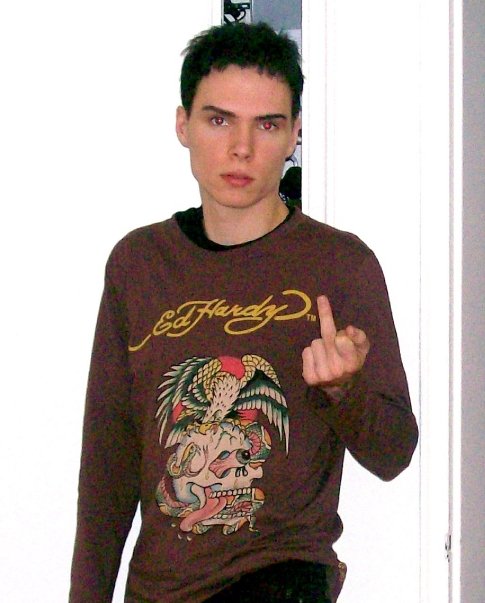 CFN – They say that killers like Eric Clinton Newman AKA Luka Magnotta don’t get caught as much as they want to get caught.   They like to control the spotlight or as Gloria Swanson uttered in Sunset Boulevard.

I’m ready for my close up Mr. DeMille.

And that Mr. Magnotta will get now that he’s been captured.

Seeing as Mr. Magnotta had a Casablanca poster as his back drop for the alleged video that brutally depicts the murder and slicing and dicing up of victim Jun Lin I thought I’d run that line as it was announced that Magnotta was picked up in Germany.

The fascinating thing about this bizarre murder (or murders as it’s suggested that Mr. Magnotta was a busy attention ho) is that it truly has been an internet sensation.  Within minutes literally of the discovery of his name people flooded searching and piecing together the kitten killer and then human killer’s exploits.   Each and every word has been scrutinized.   In fact news reports suggest he was picked up in or coming from an Internet cafe in Berlin.

For someone that has complained about being connected to Karla Holmolka he seems to have tailored his looks towards her former partner, Paul Bernardo.     Luka Magnotta will be up there with the likes of Bernardo, Clifford Olson, Robert Pictons, and even Charles Manson himself.

It should be an interesting news week….