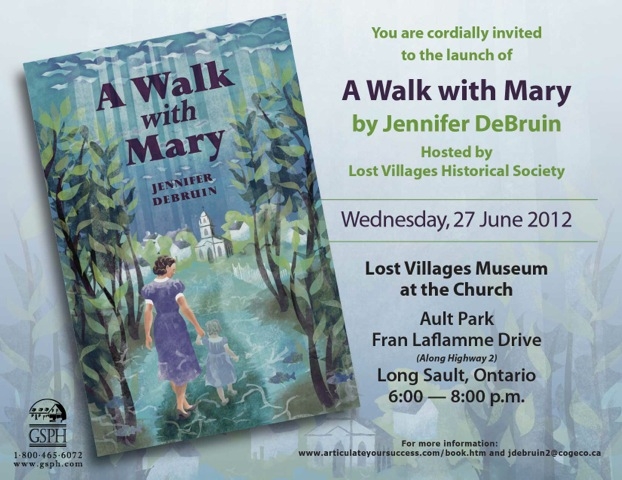 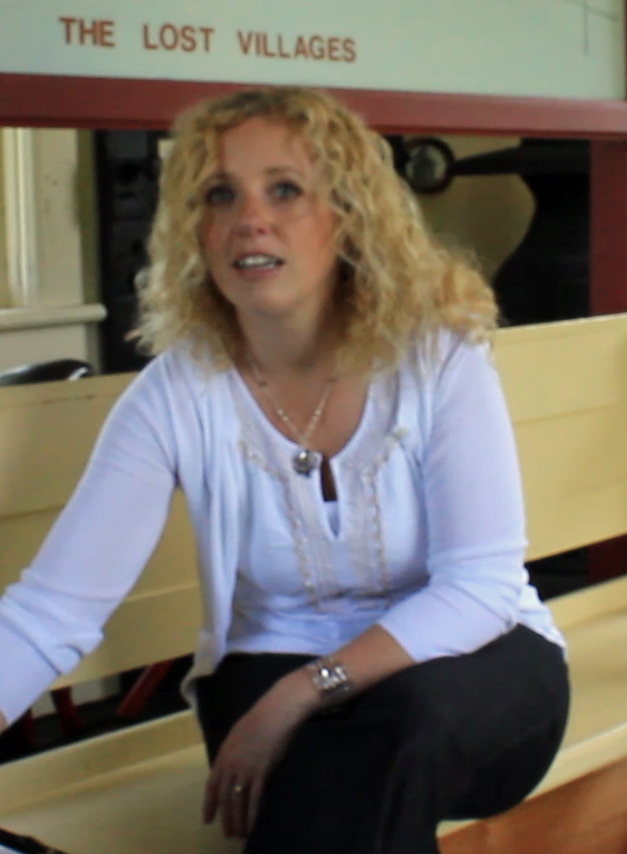 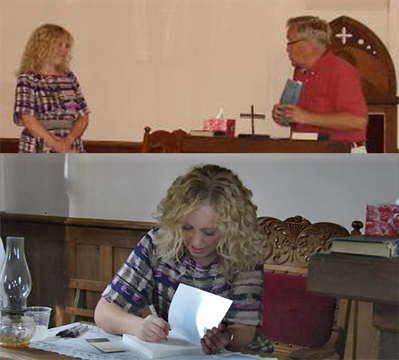 CFN-Jennifer DeBruin cherishes hearing the reminiscences of her maternal grandmother, Mary, about the days of her youth prior to the inundation of her hometown of Moulinette.

Moulinette is one of the now Lost Villages, which once stood on the shores of the mighty St. Lawrence River, one of Canada’s most historic regions—settled by United Empire Loyalists in the 1780’s and renowned for its beauty.  The people and their stories can now only be brought to life through the memories of its onetime residents.

Before Alzheimer’s fully takes its toll, through the pen of her granddaughter, Jennifer, Mary takes us on a journey back in time to discover the strength of character of a generation of homesteaders, many of whom are now living in retirement or nursing homes.

Jennifer is a part-time instructor at the Cornwall campus of St. Lawrence College.  She was raised in Cornwall and much of her family still lives in the city.  This is her first published book and you are invted to attend the official launch and book signing. Recently I met with Jennifer at the Lost Villages Museum to chat about her motivation in writing ‘A Walk with Mary.’  Please see this short video clip.

Copies of DeBruin’s book will be available at the Open House, from the publisher and through Indigo.

After the event, Jennifer emailed these two photos.  Former M.P.P. Jim Brownell welcomed the author.  Several in attendance had their own stories to share and thanked DeBruin for writing the book.  All 1oo book copies sold and more were ordered that night.

Fortunately, heritage groups and like-minded individuals are hard at work to help preserve the memories of the villages of Milles Roches, Moulinette, Wales, Dickinson’s Landing, Farran’s Point, Aultsville, East Williamsburg, the hamlets of Woodlands, Santa Cruz and Maple Grove as well as the partially flooded village of Morrisburg and original village of Iroquois.  Recreational spots such as Sheek Island also vanished.

Here is a video trailer for one such effort:  “A River Lost:  The Story of the St. Lawrence Seaway.”

Our interview was recorded at the Lost Villages Museum just west of Cornwall.  Click here to visit them online.