Courting the Ethnic Vote Not Their Cause – Editorial by Denis Sabourin – July 10, 2012 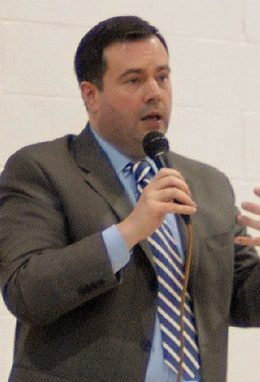 CFN – The idea of an “ethnic vote” is one most people are pretty familiar with these days. Certainly, the ruling Conservatives made most Canadians aware of the idea when an internal memo from that party was leaked with a list of “very ethnic” ridings for the party to target in the 2011 federal election with the hopes of securing a majority government.

Immigration Minister Jason Kenney is jokingly referred to as the Minister for “Curry in a Hurry” for his role in reaching out to immigrant populations and making the connections between their values and those of the Conservative party clear and courting votes which traditionally went to the Liberal party.
.

It’s no secret that immigrants will continue to constitute a larger proportion of the Canadian population, and there’s nothing wrong with political parties recognizing this fact and seeking the votes of these groups by promising to look out for their best interests. However, when politicians seek these votes blindly, without questioning where they come from or how they are organized, our democracy becomes a tool for groups and ideas that most Canadians would never knowingly support.

On March 28th, politicians in India decided to stay the execution of known and admitted Sikh terrorist Balwant Singh Rajoana after facing numerous strikes and demonstrations throughout Punjab as well as pressure from Sikh groups outside of India.

Rajoana has admitted to being the orchestrator and backup bomber in the in the 1995 killing of Punjab Chief Minister Beant Singh and 17 innocent bystanders. Rajoana has made it clear that the violent terrorist attack was organized by him and he would have gladly stepped in to finish the job had the original bomber failed in his task. He has also refused to seek clemency in his conviction and has asked that he “die as a martyr” for the Sikh cause.

But Sikh groups across Canada have called for his death sentence to be commuted, with both federal and provincial politicians calling for clemency for this known and admitted terrorist who carried out his atrocities on behalf of the Babbar Khalsa, the same terrorist group behind the Air India bombing responsible for the deaths of hundreds of Canadians in 1985.

On the same day Rajoana’s execution was stayed in India, hundreds of Sikhs descended on the front lawn of Parliament Hill, praising Rajoana as a Sikh hero and calling not only for a stay of execution, but for his release as well. Federal politicians steered clear of supporting the event, but politicians at all levels of government and political leanings have not always been so wise.

The yearly Vaisakhi parades in Surrey and Toronto, the largest in the country, have in the past been the site of political controversy with politicians courting the ethnic vote without knowing what they appeared to be supporting and giving political legitimacy to. In 2007, the Surrey Vaisakhi parade saw politicians from all parties and levels of government applauding and smiling while a parade float bearing a portrait of Talwinder Singh Parmar went by, praising the man as a martyr.

Talwinder Singh Parmar is the mastermind behind the 1985 Air India bombing which resulted in 331 deaths. Since then, politicians have been more careful when attending these events, but still they court the “ethnic vote” in ridings with large Sikh populations and seek support from community organizers who promise to bring hundreds of votes along with their support. Unfortunately, sometimes these organizers support not only the politicians they are seen smiling and taking pictures with, but also violent extremism in the pursuit of a Sikh homeland of Khalistan.

During the budget speech at the B.C. provincial legislature this year, Jaspal Atwal was in the building and watched the speech from the gallery as a guest of the government. Mr. Atwal backed Premier Christy Clark’s leadership campaign and greeted Premier Clark during her attendance at 2011 Surrey Vaisakhi parade. The problem is that Mr. Atwal was convicted in the attempted murder of Malkiat Singh Sidhu, who was shot while visiting B.C. in 1986. Sidhu survived the attack, but was later assassinated in India. Mr. Atwal also used to be an activist for the International Sikh Youth Federation (ISYF), which is now a banned terrorist group. During the 2011 federal election, Conservative candidate for Vancouver South Wai Young raised controversy when she received the support of, and had pictures taken with Ripudaman Singh Malik, who was acquitted in the Air India bombing.

Most politicians who court the ethnic vote walk a very tight rope when it comes to Sikh separatist groups and supporters of violent extremism. Of course, not all Sikhs support violence or known terrorists and their organizations. However, the problem seems to be that many Canadian politicians don’t care one way or the other. When faced with a prominent Sikh from the community who guarantees them hundreds of votes (and delivers those votes), most politicians will take the votes and hope no one notices who the support came from. Even worse, these politicians may not even know whose support they are receiving, and by extension whose cause they are giving legitimacy to. It is long overdue for our politicians to pay closer attention to where their “ethnic votes” are coming from and what they are giving up for those votes.

Getting support and votes from community organizers with links to Al Qaeda or the FLQ would not be acceptable, and it should be no different when it comes to violent Sikh seperatists.

2 Responses to "Courting the Ethnic Vote Not Their Cause – Editorial by Denis Sabourin – July 10, 2012"