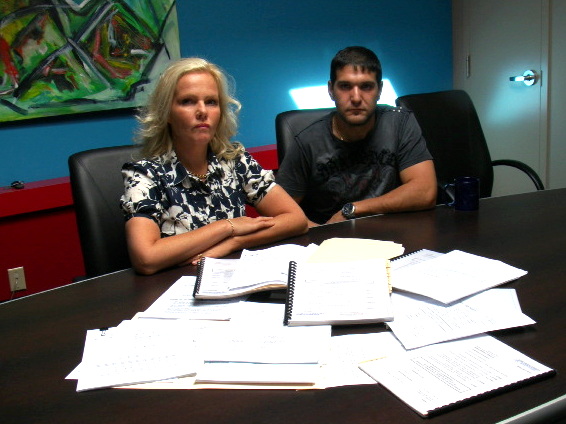 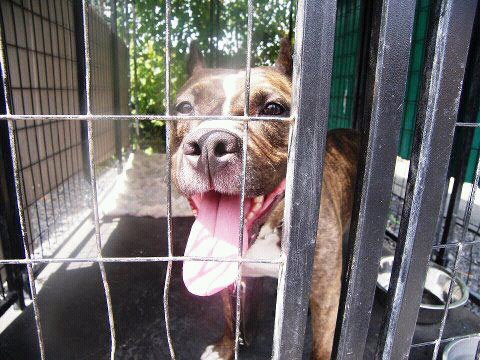 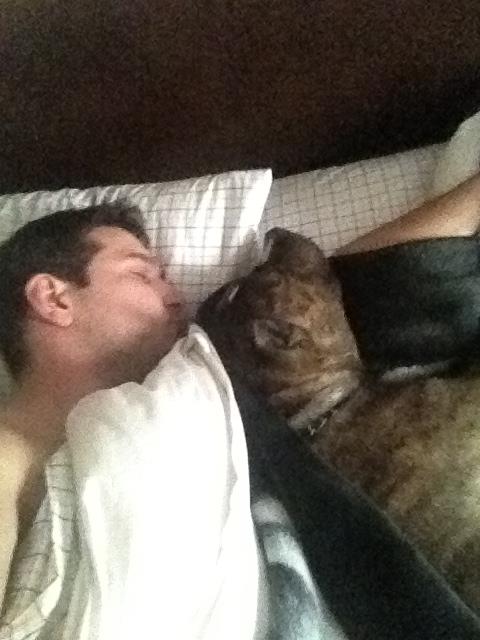 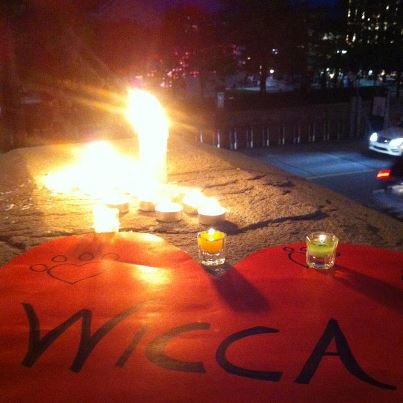 CFN – Elaine Rosenberg was in court doing what she does best; deal with big business issues when she overheard the anguish that Chris Papkostas was enduring while fighting for the life of his beloved dog who was to be put to death for scratching a woman in a moment of fear.

The quick pen strokes of Benoit Lacroix, a city of Montreal bureaucrat (benoitlacroix@ville.montreal.qc.ca ) spelled the death sentence of his five year old Staffordshire Bull terrier with the white streak on her head. It got weirder from broken promises to what felt like “tricking” Mr. Papakostas to bring Wicca to court where was forced to let her go with no option. Chris says that Wicca saved his life a few months ago and that he failed to save hers.  It’s a story that has grabbed over 25,000 people including Ceasar Milan who offered the City of Montreal to adopt Wicca and take her from Quebec.

That offer and all other options were refused.   Why?  Only Mr. Lacroix and City of Montreal Officials can answer that.

There was a protest downtown Saturday night in front of City Hall where people from all over were able to vent some of their anger and fear for their own animals at Montreal. Saturday I had a chance to talk with Chris and Ms Rosenberg about their experience.

Imagine your dog jumping up and scratching someone and have almost no options?  Ms Rosenberg has donated over $20,000 in legal services which still did not yield results and Chris still has three tickets from the city on top of his dog being murdered.  Imagine if those tickets are shot down that there are simply no options to rectify this horrible tragedy.

Right now Montreal simply is not a safe place to own a dog.

We will be updating this story as it evolves .     What do you think about the actions of the City of Montreal?  Should they be held accountable?  Should there be muzzle laws or simply better laws about incidents with dogs.  Does anyone think a Shitzhu would be put down if it jumped up and scratched someone?

Here are some contact numbers in Montreal.  If you love dogs, no matter where you are we have to make it safe for them in Montreal.

Contact details for various members of the council are at the top left of this page:http://ville.montreal.qc.ca/portal/page?_pageid=5977%2C42999681&_dad=portal&_schema=PORTAL&submit=true

The Murder of Wicca The Dog Never Had to Happen – EXCLUSIVE Video Interview with Owner Chris Papakostas & Elaine Rosenberg added by admin on July 29, 2012
View all posts by admin →