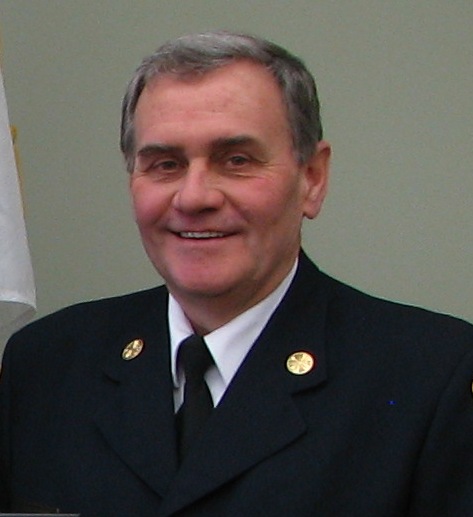 CFN – Township of South Stormont Mayor Bryan McGillis offers best wishes to retiring Fire Chief Roger Desjardins.  Chief Desjardins has been in South Stormont for three and a half years. However, his dedication to the fire service began over thirty five years ago when he first entered this career that would become his lifelong passion.

Mayor McGillis is quoted as saying, “in the short period of time he has been with South Stormont we have had the pleasure of witnessing his efforts as he created a cohesive and positive fire service in our municipality. He quickly became part of our “family”; he is well respected and admired”.

In May, Chief Desjardins announced his retirement. He is looking forward to spending time with his family and in particular, his grandchildren.

“On behalf of South Stormont we will definitely miss him, however, we certainly wish him the best in future endeavours” advised Mayor McGillis.