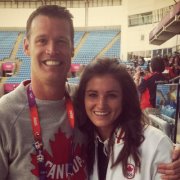 Ms Julien, a strong and devoted player in the Olympic program for Canada was chosen as a reserve even though she’d helped the team get its placement in the Olympics.

Even though travelling with the team Ms Julien has yet to receive the nod to get a medal which has angered friends and family.

Corky on Wikipedia acknowledging that she’s part of the 2012 Canadian National Football team.

I am being informed that my step daughter is not entitled to a bronze medal. This is utter nonsence. She has been part of the program for several years, contributed to Canada getting to the Olympics, was named as an alternate as PART OF THE OFFICIAL OLYMPIC TEAM AS SHE WAS ALLOWED TO PLAY IF REQUIRED.

You and soccer canada need to get off your duffs and make sure all of the alternates receive the medal they deserve.  SHE WAS A MEMBER OF CANADA OFFICIAL OLYMPIC  TEAM PERIOD and was photographed as such.  I can assure you this family and her friends will not rest until this is  resolved with Christina getting her just rewards. This is not a FIFA decision, this is the Olympics. I await your  written response.

If we have to get Mr. Harper involved so be it. I do not intend any disrespect to Soccer Canada however this is just wrong and Soccer Canada must stand up and be counted for one of its own.

I spoke with Richard Scott, media attache for Soccer Canada, who said that it was a FIFA decision and that reserves that don’t get called to play are not “officially active”.  (for more on the Canadian team and regulations visit the FIFA site.)  He said that Soccer Canada is investigating on how to get Ms Julien and another player a medal.

Making her Olympic debut this summer in London, Julien has already represented Canada at the 2011 FIFA Women’s World Cup in Germany, where she played 94 minutes in two games.

A 2011 Pan American Games champion, Julien helped Canada at the 2012 Women’s Olympic Qualifying tournament in Vancouver earlier this year, by scoring the first goal of the tournament in what was a 6-0 decision over Haiti.

Julien, who was born in Cornwall, Ontario, started playing Timbits soccer at the age of five, and played four years of NCAA collegiate soccer at James Madison University. She is now currently playing for Jitex BK in Sweden’s Pro League.

Christina and some team mates in a lighter moment.

What do you think Canadians?  Should reserves get a medal for their team as well?  You can post your comments below.