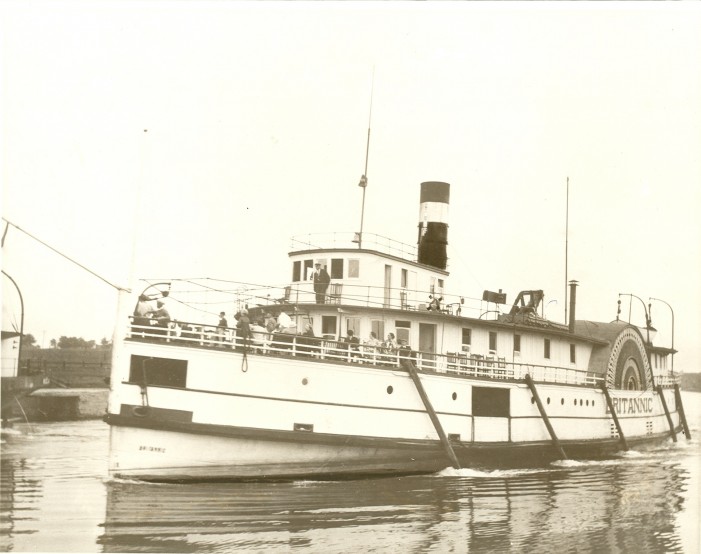 Riverfolk living all along the St. Lawrence in Eastern Ontario must see the current exhibit of riverboat photos at Cornwall Community Museum in Lamoureux Park. They tell a fascinating story of traffic on the river between Kingston and Montreal over the past 100 years.

Curator Ian Bowering has set up the photos on large charts or posters, and next to each photo is the story of the ship in print.
Many photos include ships which used the Cornwall canal, and the stories are wild… one ship hit a shoal off Morrisburg and sank, while  one collided with another vessel near Iroquois and sank with many lives lost.  One photo shows the largest laker ever built at Collingwood on Georgian Bay… it is stuck after ramming one of the canal walls coming into Cornwall canal.

The exhibit explains that citizens over the decades loved to travel on passenger ships which ran both the Long Sault rapids and the Lachine Rapids (east of Lake St. Louis) on the Montreal-Kingston route.  These were beautiful large ships with several decks and names like Island Queen, Island King and Island Prince.  One photo shows such a ship running the Long Sault rapids.  How did these ships avoid hitting rocks in the turbulent water and capsizing?

The museum is open daily except Monday between 10 a.m. and 4 p.m.  Admission is free and visitors enter by the side door of the old museum.