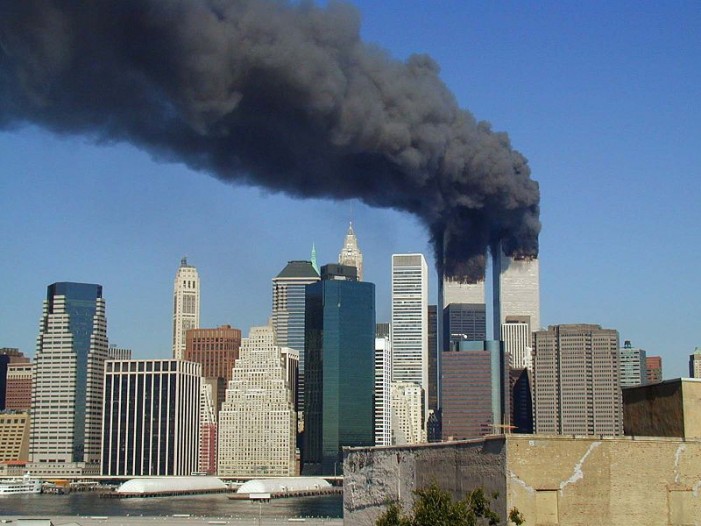 CFN – Word first reached us by telephone.  My then-girlfriend took the call; it was her sister, saying something incomprehensible about a plane flying into the Empire State Building.    On September 11, 2001, we were living in an apartment complex in Najusi, a small city in the South-Western corner of South Korea.  It was our first big adventure as a couple, spending a year overseas teaching English as a Second Language to private school students.  We were just over a month into our contract; there was still a surreal quality in our day-to-day experiences.  The call from Canada seemed like a dream within a dream.

Hours later, we learned from the BBC that the substance of the call had been deadly real.  A serious British accent informed us that it wasn’t the Empire State Building but rather the World Trade Centre that had been hit.  Planes had flown into both towers, knocking them down like houses of cards.  An image of the 1976 King Kong movie popped into my head as I tried to wrap my mind around the idea of those three towers and tragic calamity.   The clipped voice of the BBC announcer continued, saying there were now reports of a third plane, then a fourth; we heard something about the Pentagon just before we absolutely had to leave if we were to get to work on time.  As I recall, the grandmothers who lived in the apartments around us were already laying out mats on the curbs in preparation for drying the red peppers used in making kimchi.

News trickled out over the course of the day, only all the news we got was in Korean.  The Korean teachers at our school tried to translate the bits and pieces they caught for us, but it was maddeningly little and none of it made sense.  This wasn’t only a language barrier; nobody anywhere seemed clear on just what had happened.  It was hard to focus on teaching sentence structure to the bright young faces in front of us when around the globe but right next door to home, the world seemed to be coming apart.

A week later, the aftermath and implications of 9/11 were just starting to set in when we received another call.  On the same day that President George W. Bush declared a War on Terror, we learned of a death in the family.  The world around us suddenly seemed very alien; all my now-wife wanted to do was get home and all I wanted was to get her there, safely.

The journey home that followed was a nightmare.  The customs officer cancelled our work visas because we didn’t understand her questions and were, understandably, somewhat distracted.  We had to fight anxiety, fatigue, loss and language to sort everything out.  Of course, none of that mattered to the customs lady; from where she was standing, we were just a nuisance, slowing down her line.

The Pacific crossing was painfully long.  The wait for the connecting flight in New York was agony, too.  I vaguely remember the airport taxi ride from La Guardia to JFK through the darkness of a Big Apple that felt like someone had taken a bite out of it, tall towers silhouetted against the night.  The driver pointed in the direction of where the Twin Towers had stood; you couldn’t tell that they were gone at night, he told us, but you could still feel them missing in your bones.  At both airports, the gift shops were sold out of anything that featured the likeness of those iconic, collapsed monuments to free enterprise.

There was a definite air of fear in the airports – you could feel scrutinizing stares boring into anyone that looked like they might be Muslim, or Middle Eastern, or hostile to America. Nobody felt safe, but worse – everyone just knew that the next terrorist was there, hiding behind one of those placid faces.  It was simply a question of which one or ones and whether it was somehow possible to reduce the odds of finding them before it was too late.

I can’t remember which airport it was, but at some point through the night I walked into a public washroom where a couple of security officers were standing tensely in front of a stall, telling the occupant to step out.  The door opened and a man of possibly South Asian background wearing a pilot’s uniform emerged, a bundle of clothes under one arm.  The guards’ hands went to rest on their holsters as they started demanding to know why he was changing in a washroom stall; I didn’t wait around to see what happened next.

Our landing in Toronto was followed shortly thereafter by a drive to Cornwall.  The week that followed is a dark blur of tears staining solemn faces, black clothes and uncertainty.  Having lived for long periods of time in foreign countries before, I already was used to that feeling you get upon returning home, the sensation that somehow, the world you know has changed.  This time, the feeling wasn’t just mine.  Everyone everywhere was experiencing the exact same thing.  Even as we prepared for the burial and sorted out all the details, the reality of 9/11 was always buzzing around us.

The funeral service included a Chinese custom of averting one’s gaze as the body is lowered into the ground.  The idea is that if nobody is watching, the spirit of the deceased won’t connect with and become anchored to someone in the land of the living.  As I turned my back, I thought of a quote attributed to Plato; “only the dead have seen the end of war.”

What happened after the funeral is a blur.  I vaguely recall a stopover in Japan, a pristine hotel room and red leaves on trees by the roadside.  I don’t recollect the flight back to Incheon airport nor the long drive back to Najusi at all.  I do remember coming back to a world that felt like recent events hadn’t changed it at all. Fall was in the air, but it was a fall being prepared for in a traditional way.  There was something comforting in that, in the old ladies drying their red peppers as their ancestors had done for generations before them.

Back at school, the whole Twin Tower affair was an over-there story for the students, much as stories of atrocities in foreign countries are for people here at home.  Shocking, perhaps, but in a distant way – it’s too far removed, experienced only through the lens of the TV screen.  The kids in our classes wanted to show off their latest innovation; they’d figured out how to fold a 5,000 Won note to make it look like the Korean artist on bill was wearing a turban.  “Look, teacher!” they’d exclaim proudly.  “It’s Osama bin Laden!”

It’s been eleven years since that fall in South Korea.  Osama bin Laden is dead; so too are Saddam Hussein, Muammar Gaddafi and Kim Jong-il, though the last has been replaced by his son, Kim Jong-un.  Having stood in the DMZ that cleaves the Korean peninsula into two separate worlds, I can tell you that the Korean War is still very much alive, as is the hope that one day the “demilitarized zone” will live up to its name.

Some of our little Korean students are by now young adults, pursuing their own misadventures.  While they live a world apart in every sense, I know them to be kids like any other.  Having been touched by their lives, however briefly, I sometimes wonder what they are up to and how they are doing.  I hope they have found a measure of success and happiness.  Lots of boys and girls in Norway, in Syria and in countless other places devastated by man or nature were kids once, too.  What if any customs did their parents take comfort in as they laid their children to rest?

Many of the geopolitical threats we worried about in 2001 remain the same ones we worry about today.  There are also new concerns that have taken root in the modern social zeitgeist; nobody was thinking about Arab Spring, the Occupy movement or the global economic crisis back then, but these things define the present just as much as 9/11 did that not-so-distant past.  While a new memorial is rising at Ground Zero and I now have a family of my own to care for, the scars inflicted by 2001 still linger.

Meanwhile, Korean grandmothers are even now laying out their tarps and drying their red peppers.  They know as we do that winter is coming, but then they’ve seen many winters in their lives.  Time and tradition have taught them that while you can’t stop the seasons from changing, the right preparations can help you endure through the cold and dark – and inevitably, winter always gives way to spring.