Your Police Blotter for the Cornwall Area for Wednesday October 24, 2012 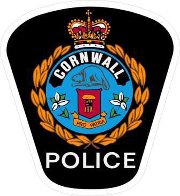 Cornwall, ON- A 24-year-old Ingleside man was arrested on October 23rd, 2012. He was bound by a Recognizance with the condition to not associate directly or indirectly with his 19-year-old ex-girlfriend and not to attend within 50 meters of her residence, place of employment or anyplace where she may be. It is alleged that on October 12th, 2012 he attended a place where the 19-year-old female was. Police were contacted and an investigation followed. He was charged with Fail to Comply with Recognizance and held in custody until court the following day. His name was not released as it would identify the victim in this incident.

Cornwall, ON- Johnathan Kerr, 31 of Nepean was arrested shortly after 9:30 pm on October 23rd, 2012. It is alleged that he was under the influence of alcohol and had operated a motor vehicle on Ninth Street. The male was charged with Over 80 and released to appear in court on November 7th, 2012 to answer to the charge.

Cornwall, ON- A 40 year old Cornwall male was arrested on the 22nd of October 2012. He was bound by the provisions of a probation order and an undertaking both with the relevant condition to keep the peace and be of good behaviour. It is alleged that on the 13th of October 2012 he got into a verbal argument with his 32 year old girlfriend when he assaulted her by punching her several times. He then refused to let her leave and put a knife to her throat and threatened her life. The victim was fearful for her life and did not leave the residence until the 22nd of October when she contacted police. An investigation soon followed and the male was subsequently charged with assault with a weapon, assault causing bodily harm, threats, breach of probation and breach of undertaking. He was held in custody until court the following day. The name of the accused is not being released as it may identify the victim in this matter.

Cornwall, ON- A 19 year old Cornwall male was arrested on the 22nd of October 2012. He was bound by the provisions of a Recognizance with the relevant conditions to not associate or communicate directly or indirectly with a certain individual, not attend within 100 meters of her residence and not to be away from his residence except with his surety or to attend school. It is alleged that on the 22nd of October police attended the victim’s residence to respond to a disturbance. Located at the residence was the male who was subsequently charged by police with breach of Recognizance (X3) and held in custody to appear in court the following day. The name of the accused is not being released as it may identify the victim in this matter.