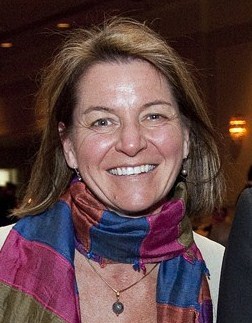 CFN – I see that Martha Hall Findlay has jumped into the federal Liberal leadership race, good for her.

Her entrance will give media types a chance to talk about another serious candidate instead of the daily dribble about Justin Trudeau. Frankly at this point there isn’t anyone else of real interest just yet; the other three candidates (Deborah Coyne, David Bertschi, and Alex Burton) simply don’t measure up. Whether or not other serious contenders step forward remains to be seen.

Hall Findlay wants to concentrate on policy issues which is an interesting point. It will be a nice counter balance to Trudeau’s charisma and offer a chance to flush him out in the one area that he is considered to be a light weight. It will be interesting to see if the Liberals do actually stand for something, besides their own self interests. Substance versus charisma will make for some interesting debates.

One on one, Hall Findlay should be able to hold her own in a debate with Trudeau. When in the House, her Question Period performance was adequate, but not spectacular. She definitely needed work and some coaching, but the potential was there. She will give as good as she gets and has the potential to out-class Trudeau there.

I also suspect Hall Findlay will stick to the script and her talk points much better than Trudeau will as he has a penchant to say what comes to mind at the moment. When you do that you increase the odds that you will make a mistake, possibly a damaging one as we saw in the recent US election when some of Romney’s comments dogged him for the length of the campaign.

The addition of Stephen Carter to her team will bring some solid campaign skills to her organization. Carter was key to the victories of both Calgary mayor Nahed Nenshi and Premier Alison Redford in Alberta. Whether or not he can help Hall Findlay become the giant killer remains to be seen, but it is interesting that she is able to attract people from that segment of the political spectrum.

With all of the media hype around Trudeau are there enough people in the Liberal Party who want to stop him in an “anybody but Trudeau” type of movement? I haven’t seen that yet, which will make fund raising a key issue for Hall Findlay. Her best hope will be for a small field of candidates. If other potential Liberal candidates do decide to throw their hat into the ring it will simply fragment what little money remains to take on the Trudeau juggernaut.

Whether or not she wins or whether or not people think she is a good candidate, one thing is certain, finally the federal Liberal leadership race is getting interesting and offering up some substance. As they say in horse racing “they are off and running”.