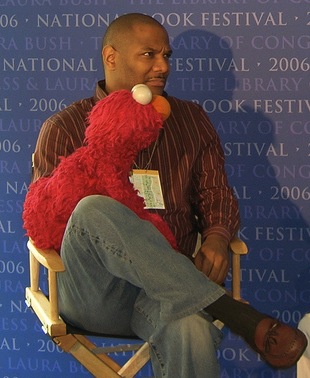 This would be funny if it were not so tragic. Once again the Sesame Street characters are making the news and for Public Broadcasting that is not such a good thing.
A few years ago a video of Katy Perry was taken off the air as horrified parents viewed Elmo, Grover, Big Bird and The Cookie Monster, being as diminutive as they are, apparently peeking up Katy’s dress as she cavorted across the stage, as well as her revealing a little too much cleavage for their young children to bear. Didn’t bother me one bit! Then, Republican Mitt Romney, claiming himself to be a good Christian (not sure if he is and he will have to prove to me that he has only one wife), insulted the world by threatening to shut down the immoral and decadent PBS to cease polluting the minds of America’s youth on the public dime. I’ll bet that Trump will not spend a dime to prove anything against a fellow Republican like he tried to discredit President Obama on both his birth certificate and his educational achievements. But then Mitt did the unthinkable. He brought Big Bird from Sesame Street into the sleazy platform of dirty American politics. He admitted that he sort of liked Big Bird and sort of ‘came out of the closet’ but still stated that he would cut federal funding to PBS who produces Sesame Street. This from a man that doesn’t drink coffee or tea as they are immoral and decadent.
.
Personally I think that was one misstep that cost him his bid to be Big Bird himself to the American people.

But I digress. Elmo is in deep dodo this time and thousands of Americans are burning their ‘Tickle me Elmo dolls’ in light of what has happened once again to one of their children’s heroes.
.
Last week it was brought to our attention that ‘the voice and hand’ of Elmo was accused of child molestation.
.
That is no laughing matter. However the accuser recanted and stated that it was his ‘Tickle me Elmo’ doll that his mother bought him at Walmart that was actually the molester and not the hand or voice of the falsely accused. Well this week another young man stated that the voice of Elmo did actually molest him and Sesame Street and ‘the hand and voice’ of Elmo thought it would be better to resign as they were not sure where his hands actually were when not in the puppet. Sometimes I think that I am going crazy but then I look at the world around me and wonder “Am I the only sane person in the world”? Folks that’s the lighter side of me. “Laugh and the world laughs with you. Cry and you cry alone”.
Dave White
Monkland