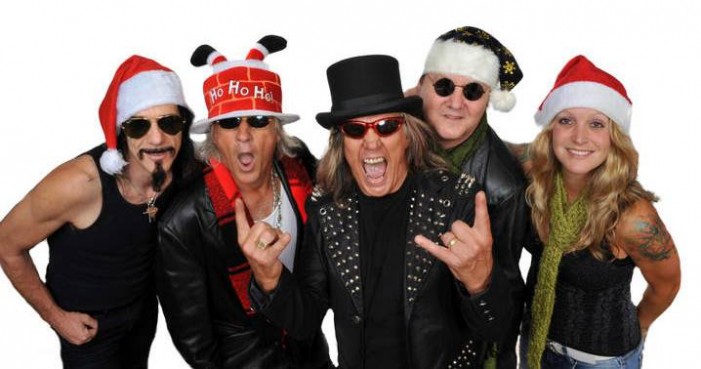 CFN – It’s been 38 years since the band was formed and Helix has launched their first ever Christmas tour across Ontario. The heavy metal band calls it “The Helix Heavy Mental Christmas Show” and will take on some classic carols turned to rock n’ roll into their set-list for December 16 at the Port Theatre.

Classic 1984 hit single Rock You off their Walkin’ the Razor’s Edge album and Heavy Metal Love are two songs that the band have included with their set-list .

Recently new hockey/Christmas single “All I Want for Christmas Is the Leafs to Win the Cup” will also be played.

“The Leaf’s song has been somewhat of a hit even without an NHL season.” said Brian Vollmer, lead singer.

The song can be heard as a bonus track on Helix’s latest release Helix: Best Of 1983-2012. The album contains 19 previously released songs and 2 new studio tracks. It’s being distributed in Canada by Fontana/Universal and is licensed in the USA by Cleopatra Records.

Helix will be performing without regular guitarist Kaleb Duck (returning in January), but will instead have Sara Smith who’s playing for the Christmas concert tour shows only.

Opening act for Helix is local band Trench Town Oddities who will kick off the night at 8pm.

Tickets are $20 in advance or $25 at the door. Tickets are available at Army Navy Club, Melody Music and the Port Theatre.

The doors open at 7pm.