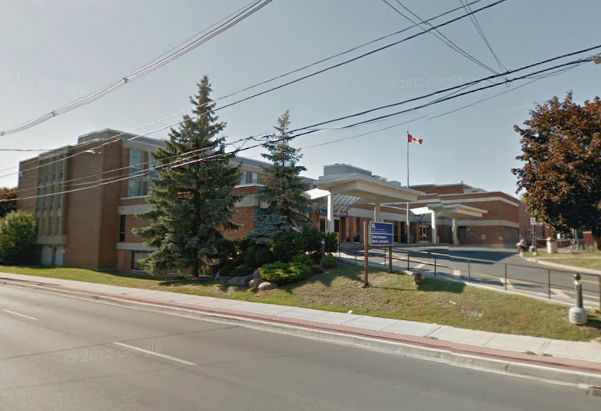 CFN – Recently CCH put up the General hospital site for sale.   For a paltry $2 million dollars you can not only have this amazing facility that saw many more dollars in recent renovations, but have a choice block of real estate in downtown Cornwall Ontario.  LINK

However the entire situation is under a cloud of scrutiny and cries of secret deals.    A task force was requested by the EOHU as the facility is currently used for chronic care beds; something that the community has an acute shortage of.  Instead CCH management rushed forth the sale.

I interviewed EOHU President Todd Lalonde and Andre Rivette recently on the sale of the facility.

Any medical facility could not be rebuilt for this amount of money never mind one of this size and stature.

The core issues are the manner in which CCH management have managed this from the non tendering of the listing to Remax instead of giving other major real estate firms an option on it to the fact that the Hospital would not wait for the community to have a voice in what happens to the facility; after all it’s the public that paid for it.

CCH management are citing the Champlain LHIN as the culprit, but that reeks of shallow politicism and passing the buck.    While the LHIN may have input again the city and citizens of Cornwall should also have a voice and options should be considered for what’s best LOCALLY.

There are rumors that there are three developers already in play to snatch up the facility if in fact the sale has not already been made now including a group of Chinese investors (represented by a prominent Cornwall attorney) that have been buying up a lot of choice Cornwall property.

Mayor Bryan McGillis of South Stormont sent in the following comment as well. This past week it has come to my attention, through news media, that Cornwall General Hospital is surplus.

I have since come to understand that the decision to sell the site was always in the amalgamation plans; this dates back to 2004.  I am not aware of the public or the politicians of the day being provided with this information when hospital representatives, as delegations, met with Council requesting donations for the redevelopment of the Cornwall Community Hospital (CCH).

I also understand that the CCH Board has the authority to sell this surplus building and land. Where will the proceeds from the sale of the building and land go? Is it destined for the CCH redevelopment project or its equipment requirements?

It is also my understanding that these beds have been placed at Cornwall General Hospital through arrangements made with the St. Joseph’s Complex Continuing Centre. There obviously is a need!

Long-term bed shortages have been a regional issue for a long time. The Ministry of Health and Long-term Care is familiar with our shortages.

Our country’s age demographics are changing…more of us are getting older! There appears to be an immediate need for more long-term care beds in the area. I expect that this need will continue to increase. I am concerned about these 32 individuals and their future. What will happen if, an alternate site is not achieved? Together as a region, we need to come together and provide input and find a solution for this demonstrated health need.

We understand fiscal responsibilities! We also need to be transparent and open in communicating to the public

Our MPP Jim McDonell refused sadly to participate in this interview or issue comment on the subject to CFN.

Well Cornwall what is your opinion?   Should the public have a say in what happens to this facility?  Should our Mayor & Council be voicing concerns rather than chasing Beavers, Pigeons, Coyotes, and Geese?