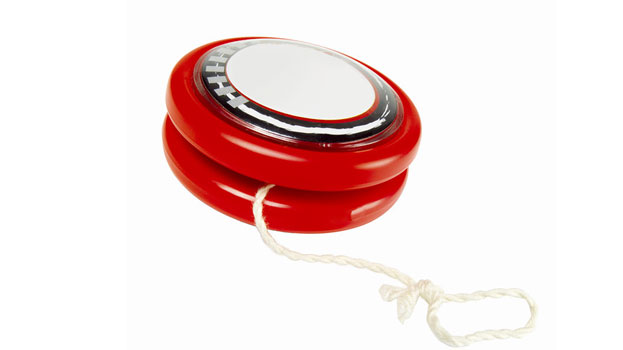 After the Columbine Incident, back in May 1999, I remember having the pleasure of working with the members of the OPP, RCMP, and Cornwall Community Police in Collaboration with Eastcourt Mall Merchants as well as the United Way, City of Cornwall and many community partners  and launched a simple message to the youth of our community.  TRADE IN A VIOLENT TOYs FOR  A YOYO!

Simple , well needless to say that the children listened and over 1700 toys were traded in for over if my memory serves me correctly, over 700 yo-yo’s . I remember Dane Dupuis, who at the time was the World Yo-Yo Champion and who nationally came do help these kids during that day to lend a voice and truly take a stand. He mentored his message that having fun is not with acts of violence but to learn the discipline and control of that Yo-Yo and in that time, learn to control your actions.

The fun is in the game and in learning the craft. Parents back then were well too aware of the ability of helping lend this voice. Our community took action, and they stood up for what they believed in. Of course, a few nay slayers were trying at this time to say that a Yo-Yo was a documented Chinese weapon. Overall, the message of anti-violence did come out and thousands of children and parents and caretakers took a stand and said no to violence.  In looking over this now, I have to ask the question:

“Have we truly evolved in the past decade since then?” You might ask why I choose to use the analogy of a game to what has transpired in Newtown CT? Well let me explain why I say this , because if you really take a step out from another window, I am sure that you will see that this is far from being a game!

Our global world has changed so much since then! From Gunman to Suicide Bombers, from  the “disturbed” to “ extremists”, from PAC Man To Video Games that show us how to kill. From active parenting to being passive parents! From taking control to being controlled! From friendship to bullying , from acceptance to resilience, from peace to war. From a hand up to a hand out, from health to sickness. From respect of yourself and others, to being disrespectful and a sense of owing! Might seem very pessimistic but reality and at times the truth hurts!

For the past several days, I have been following closely the extensive coverage revolving around the tragedy that was committed in Newtown CT.  It is a shame that 26 Angels ( 20 children and 6 Teachers and Staffs) were hoping to just do their daily routine. But  little did they know how short this routine  was to be lived. I would like to say to every one of these families as I parent, I grieve your loss and my hope is only now that the US Congress and Members of Senate in collaboration with President Obama, will work in a bi-partisan fashion to work towards a solution.

May you never let a 38th incident happen due to procrastination and pure and simple ignorance or bureaucracy?  While we here in Canada, and might I add not too long ago, Prime Minister Harper was faced with the debate revolving around the Gun Registry here in Canada. I would certainly hope that we as citizens in Canada would be proactive enough to voice their opinions when it comes to gun control in our country.

We hide behind honesty and transparency to politically correctness and at times resort to bureaucracy! I believe it time to tackle the issues head on and find a solution collectively as a community and not has individuals or by a government entity! It is so much easier to pass the buck! I believe it’s time to take a proactive and not reactive approach but unfortunately it takes tragedies such as this to raise issues that make everyone spin the wheels again and repeat the famous dance . No structure, No music and no cadence. Interpretative it may be  two words for me sum it all up “wake up!”

In conclusion, I would like to take a few minutes to remember the people who came to the rescue of this Angels.  The Angels are among us every day that we somehow seem to forget. I would like to take the time to say to people like community firefighters, police officers( be it Municipal, Provincial , Federal or Special Agents which include Security Personnel), ambulance and emergency response units, volunteer police and firefighters, nurses, doctors, psychologist, psychiatrists, social workers and intake workers, grievance councilors and all who work in the field of assisting others in mental and health care that I might be forgetting in the process.

Needless  to say our Military Cadet Programs and Reserve and Regular Forces of all Branches for their dedication and their call to action and duty throughout the year in the assistance and mentorship of youth , and in the protection of freedom. Most and above all, I would like to personally thank the incredible service that people such as The Children’s Aid Society and other associations  such as the Girls and Boys Clubs, Girl Guides, Beavers, Scouts, CMHA,  Big Brothers and Big Sister, SASS , CAREFORE, CCH FOUNDATION , UNITED WAY, BEREAVED FAMILIES, CRIME STOPPERS  and all other who are under the community umbrella, who take the time to put on community awareness programs and events  to deviate and promote wellness of all aspects of the human being evolving in a community.

It’s in working in that fashion that I believe that we know that we are doing our best to attempt to reach out to as many people as possible to try and alleviate and stop careless acts of human sacrifice. For them I say “ THANK YOU!”  And to all of the others, my wish to you all in this 2013 is a lot of Peace and mending bridges in a society that has incredible worldly potential. BELIEVE!!!!