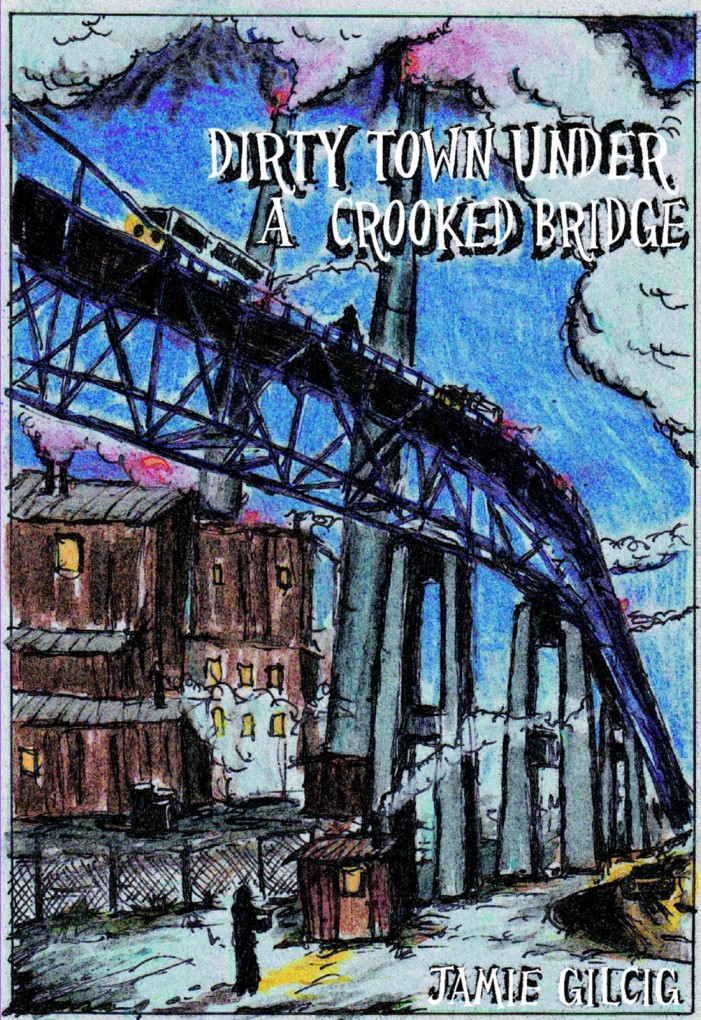 Yes, it’s that time for another excerpt from Dirty Town Under a Crooked Bridge.

You guys have been patient, but it’s hard to write creatively while running a newspaper!

More will be coming soon and more DTUCB news as well!

“We don’t get asked for that drink much?  You’re not from around here?”    Paul the bartender dug into the back row to pull  out a bottle of Creme de Menthe.

“Bourbon is fine if you have it.”   I was looking at highlights on the TV behind the bar.   The Leafs had won six in a row.

“Leafs fan?” the bartender placed the glass in front of me with the ice clinking about.   You knew the end of the world just might be coming when the Leafs won six in a row and looked like they could win something.

After all here I was in a basement bar of the hotel watching hockey. Hockey never seemed the same in Los Angeles.  It felt funny.  Palm trees and pucks just weren’t the same as snow plow sounds and hockey…

I took a sip and nodded.  The bar was starting to fill up.  It was New Years eve 1999 and the world was going to go boom or change forever.    The end of a century and people were fretting over Y2K while listening to Britney Spears.    Maybe they were right and things were ending?

My wife was upstairs.  She was in one of her moods, and hated being in Cornwall and Canada.  She didn’t understand why I didn’t just keep pushing and get to Montreal.   I thought a drink in the bar was a great opportunity to give her some cool down time.

I caught Paul the bartenders eye and he started to fill another glass.  It was going to be a long night.   I didn’t feel like celebrating.  The trip had been hard.   My idea of a driving odyssey had turned into a bit of a nightmare; one that ended up in this bar.

“So tell me about Cornwall?”

Paul hesitated a bit.    “There’s not much to tell.   We have Domtar, the Colts are having a great year.   People get along…”

He was searching.    And so was I; now I was searching in my pocket for some money.   I wanted to be back in my room before midnight…

I unlocked the room.    The local radio station was playing that annoying Whitney Houston song, but all else was quiet.  I saw my office bag by the bathroom door.

Silence.  I flipped on the light switch and there was a pile of my clothes in the middle of the bed.   All else was empty.  Nothing.   I started to search the room.  Nothing had been touched.  No note, nada.

It was a long walk to the lobby.   I had to duck through New Year’s revelers to get out the door.  It was cold out and a light snow was still falling.     I reached out parking spot, but another car was filling it.

It was a longer walk back to the room.  I grabbed my phone and dialed hers.  No answer.  Nothing.  I flicked on the TV and watched Dick Clark ring in 2000 and somehow I knew things would be ok.