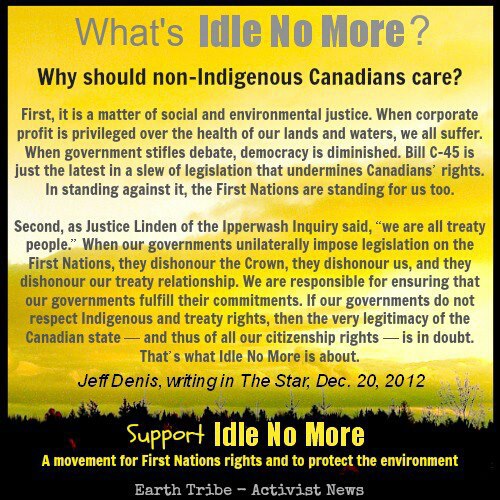 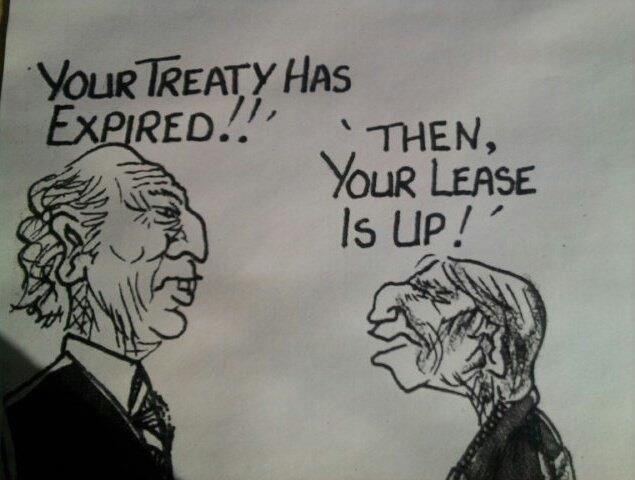 Idle No More arriving in Cornwall Photo by Don Smith 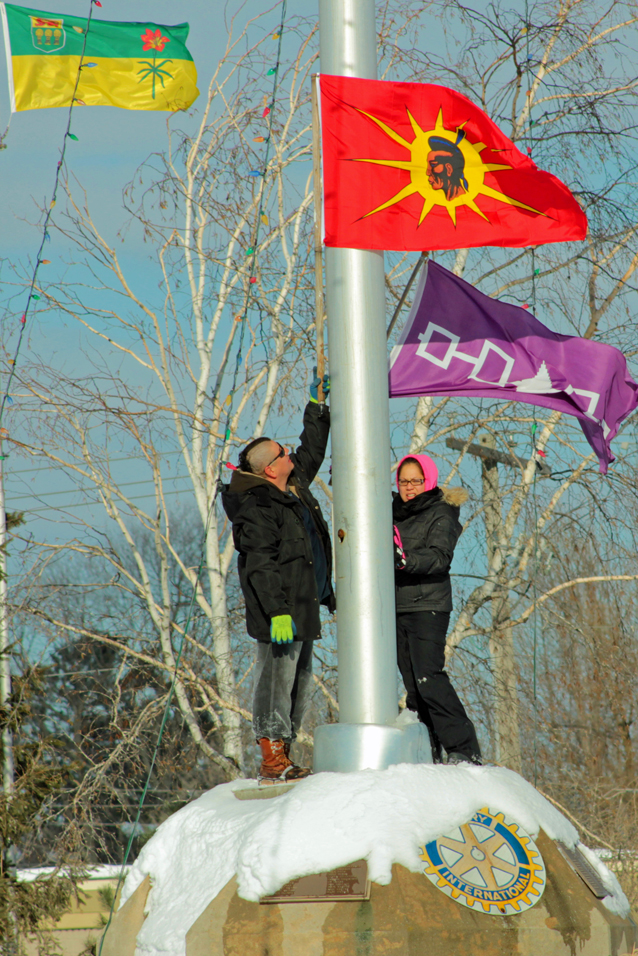 CFN – As was anticipated to be the case at several U.S./Canada borders today, the Idle No More movement, known as the Turtle Island Movement to some, demonstrated along the International border that passes through the Akwesasne Mohawk territory between Cornwall and Rooseveltown.  Estimates of the crowd size vary, but average around 1,000 participants including some non-natives.

The protest march began at 10 a.m. on the U.S. side of the border at the GM plant, then proceeded to Cornwall Island where others joined before continuing on to Cornwall around 11 a.m. In anticipation of the protest, police had prohibited all traffic on both bridges and closed off a section of Brookdale Avenue to allow safe passage past Customs, and around the traffic circle. Participants round danced in a double line around the traffic circle. Some shook rattles while others beat drums. Flags and banners were also carried. The day concluded with a Peoples’ Fire potluck.

Organizer Jose Verdugo had requested that this be a peaceful, respectful march. Camo wear was prohibited; anyone desirous of indicating status of a warrior was requested to don a traditional ribbon shirt. The movement is protesting what participants view as unwarranted infringement of rights, the rights of First Nations people as well as the rights of all Canadians. They are speaking out against omnibus Bill C-45 and other acts of the Canadian government which are seen as stifling debate and undermining democracy. Concerns abound over respect for the natural environment and fears that corporate greed will trump clean air and water as well as access rights.

Participants hold diametrically opposite views in some regards. While some are happy to work within the framework of Canadian law and work for law reform, others very much view themselves as citizens of another nation entirely with laws of their own, intent on asserting indigenous sovereignty.

Our first video clip features highlights of the Cornwall section of the protest.

In our second video clip, two of the many protestors coming from across North America, Ochekwi Sipi ekwa Kinosao Sipi Muskego Ininuuk Territory (Manitoba)  A.K.A. Fisher River & Norway House (Fish River) Cree Nation Rita Campbell and Rose McLeod  share why they felt that they had to participate in today’s event.

To discuss concerns over Bill C-45 and various Treaty rights, Prime Minister Harper has agreed to meet with The Idle No More Community has a Facebook page located here.

The Truth Movement Canada Network is an umbrella group comprised of approximately 50 groups which are part of the Occupy Canada effort.

You Are on Indian Land by Mort Ransen, National Film Board of Canada