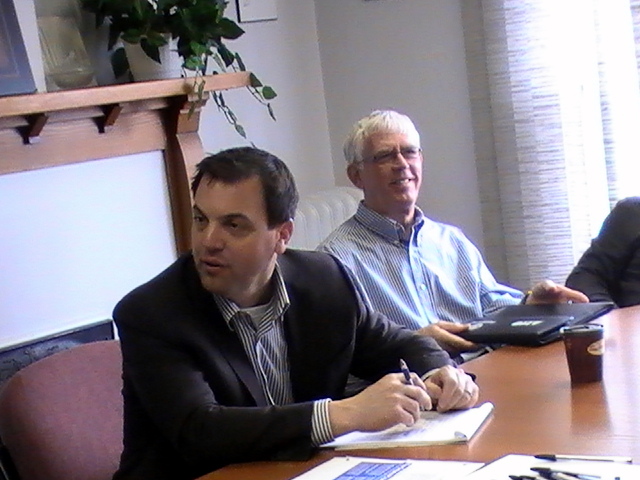 CFN  – “Many Ontarians, including some of his own Progressive Conservatives, dismiss Tim Hudak as unelectable based on his dismal first campaign as leader.”

Hudak has made it clear he’s looking for a fight. Good for him for finally shedding any attempt at sheep’s clothing – he’s going for broke with an aggressively conservative plan that, if enacted, would break the back of social services and foster a leaner, more Dickensian Ontario. Heaven help those who aren’t among the fittest because in a Hudak-governed Ontario, they wouldn’t be intended to survive. Knowing this is his last kick at the can, Hudak wants to go to the polls as quickly as possible and either get the chance to remake Ontario in this Darwinian image or go down trying. More than a few Conservatives are biding their time, counting on the latter to happen.

Politics, of course, is all about selection of the fittest through aggressive competition. As such, traditional wisdom suggests the only way for Liberals to keep Hudak from dismantling Ontario’s hard-won public services is for the Party to dig in its heels and get ready for a bare-knuckle fight against a navy Blue Machine. There’s already been some noise on the Liberal leadership campaign trail about the need to be fight-ready. Going on the offensive is a quick and easy course of action to take, but not necessarily the most resource-effective for the Party (nor necessarily in the best interests of Ontarians).

Andrea Horwath seems to have settled comfortably into her role of compromise-supporter; one can imagine Horwath finding her happy place in the Leader of the Opposition’s office, focused on creating opportunities for thoughtful pause rather than facing Ontario’s massive structural challenges directly. With that in mind, it’s not overly difficult to see a minority government situation working, if it weren’t for Tim Hudak’s inability to think outside his own box.

There’s some (far from universal) support in his caucus for a my-way-or-the-highway approach to the Legislature, though funny enough that’s the kind of thinking Hudak has criticized the outgoing McGuinty Government of having. Fortunately for the PCs (and Ontario) there are voices of reason within the PC Caucus, including the amazing Christine Elliot. While Elliot can get her dukes up with the best of them, at her core she is a woman dedicated to making the province work – which, of course, makes her a political threat to the Liberals and NDP, but a natural ally if the goal is not a partisan win but to fix Ontario’s structural problems.

Personally, I’d rather embrace a challenge that forces me to up my game rather than spend my resources on impeding an opponent. It’s only by running along one’s creative problem-solving edge that it keeps from becoming blunt. The enduring brand is the one that expands, not stagnates or worse, contracts. Growth and continuity are accomplished through adaptation – compromise, innovative solutions and the fostering of inclusive, equitable institutions. Adaptation in politics is a collaborative process, achieved by working with partners willing to participate on non-partisan objectives. The objective all Parties should be aiming for right now is moving Ontario forward by empowering Ontarians themselves. There are a number of common-ground issues out there that could form the basis of such a positive, proactive working relationship, proactive mental health being one of them.

True decentralization isn’t about amputating government services and throwing Ontario into the deep end of the pool, as Hudak would do, nor is it about government carrying every single Ontarian over troubled waters. We need to foster the stability people of diverse challenges need to keep their heads above water, then provide them with equitable opportunities and education that will empower them swim in whatever way works best for them. To use another analogy – don’t give a man a fish, nor sell a man a fish, but teach him how to fish. Through the process, you might even learn some new techniques yourself.

There are those in the opposition who get this – they’re the ones Liberals should be reaching out to. It’s a different way of doing politics, perhaps, but I’m pretty sure there’s consensus that the current system isn’t working as well as we need it to. If Ontario Liberals (not just the institutions or the MPPs and candidates, but every Ontarian that holds true to the values liberalism, at its best, represents) are serious about renewal for the Party and the province, they need to consider which of the candidates for Party Leader are best positioned to lead this kind of solution-based approach.

It doesn’t matter where we come from, as outgoing Premier Dalton McGuinty has told us, but what we find along the way. That includes potential partners, wherever they themselves come from. The best hope for Ontario Liberals and for Ontario as a province is for the next Premier not to be someone spoiling for a fight, but someone willing to extend an olive branch to partners willing to move forward in a together-like fashion, including the Opposition. If Tim Hudak is unwilling or unable to work with the other Parties, too bad for him; I guarantee there are others in his caucus who are.

Born and raised in Cornwall, Craig has lived in or travelled to nearly 30 countries and currently resides in North York with his wife and son.

A political veteran, Craig brings a wealth of government, private and not-for-profit sectors experience to his current role as strategy consultant for the social entrepreneurship sector.