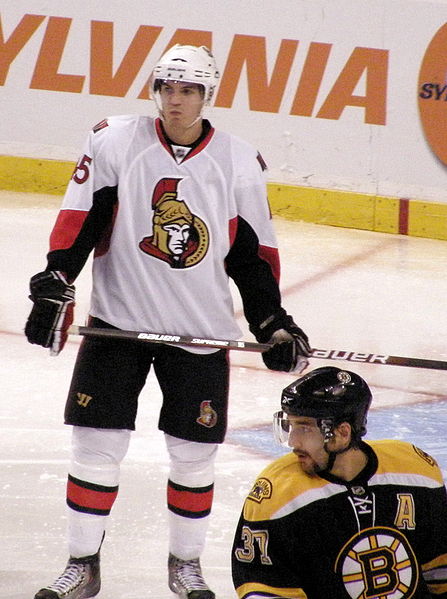 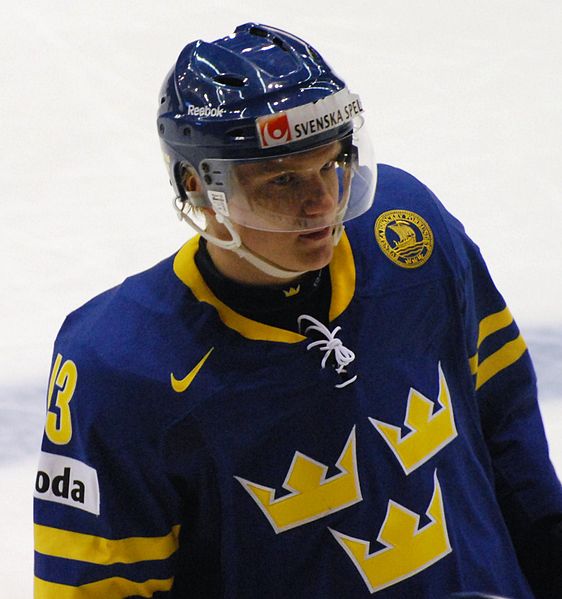 CFN – Erik Karlsson is off to a great start as are his Ottawa Senators team mates as they went 2-0 in the shortened NHL season by  shutting out the Florida Panthers 4-0 in O town! Anderson the pressure in the 2nd and 3rd periods.

Jose Theodore was better in net than his 4 goals out from 37 Sens shots.

Boston & Winnipeg dueled it out and ended in a 2-1 Bruins victory in the shoot out.

Jaroslav Halak had the Blues, but after being replaced by Brian Elliot St. Louis came back and beat the Predators 4-3.   The Blues out shot Nashville 39-24.  Vladimir Tarasenko now has 3 goals and 2 assists to start the season.  Wearing the Russian Rocket, Valeri Bure’s old number 91 he’s also notched 8 shots in the first two games of the season.

Toronto lost in regulation, 2-1 to the Sabres.  Nazim Kadri notched his second goal of the season assisted by Mike Kostka and Tyler Bozak.

John Scott & Colton Orr duked it out with Mr. Orr taking the victory.

The Wings rebounded from their first game loss to edge Columbus 4-3.     Former Hab captain Saku Koivu is red hot to start 2013 as he notched 3 points in Anaheim’s 5-4 win over the Flames.  Mike Cammalleri is a hot mess this season not even getting shots on net, never mind points.

Ryan Getzlaf had two goals for the Ducks as did former 9th round draft pick Daniel Winnik who now has 4 for the season!

Florida faces the Habs in Montreal tonight.  Still no PK Subban in uniform though.