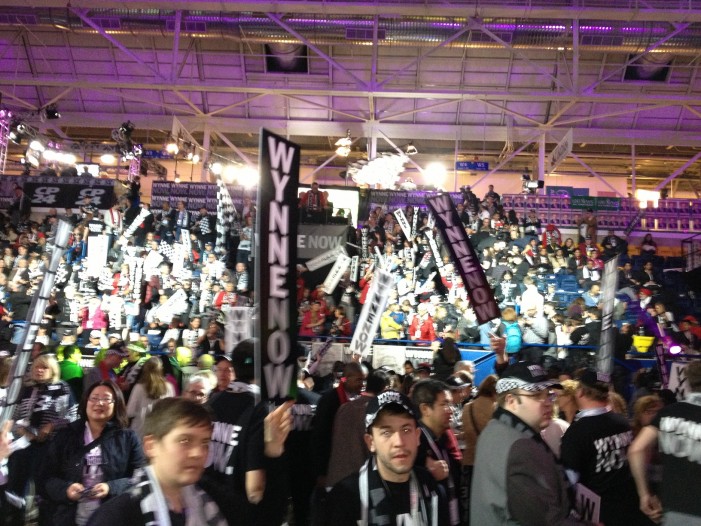 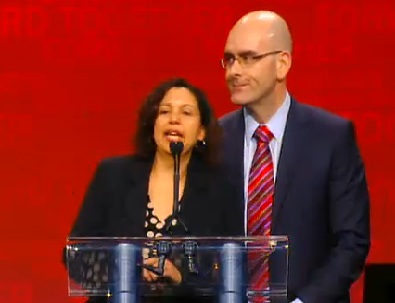 leadership in Toronto today with  1,150 delegates selecting her as leader..

Ms Wynne is not only the first female Premier of Canada’s largest province; she’s also the first openly gay Premier of Ontario.

She overcame hard competition from Sandra Pupatello, who she was trailing;  winning over most of the other candidates after the second ballot.

The biggest winner on the night may be Conservative leader Tim Hudak who will be facing off against Ms Wynne in the next election and NDP leader Andrea Horvath.  With both female candidates being left of Centre it could give the un-electable Mr. Hudak some hope.

Submitted video from the floor just before the announcement!

It should be interesting to see how Ms Wynne navigates the end of prorogation as well as the Teacher’s issues as well as some of the scandals silenced when Premier McGuinty fell on his sword.  As well, how will being a Toronto area Premier play out in the rest of the province?

Ms Wynne has run three times in Ontario and was victorious in each election.

I am so happy that a person with such integrity and so passionate about helping others has been elected as our next Leader, our next Premier.

On behalf of Ontario New Democrats, I would like to congratulate Kathleen Wynne on winning the Liberal leadership race and thank all of the candidates for their time and effort. Public life, and politics especially, can be difficult work and people who engage in it deserve our thanks.

Now, more than ever it’s time to roll up our sleeves and get to work on the challenges facing Ontario families. I urge the incoming Premier to recall the Legislature without delay so that MPPs of all stripes can do the job Ontarians elected us to do. We need to take a constructive approach to create and protect good-paying jobs, improve healthcare and education, and take a balanced approach to balancing the books.

With the buzz of an upcoming Spring election how do you think this will bounce?