Does the Municipal Act of Ontario Need Teeth & Conflict of Interest in Cornwall Ontario? 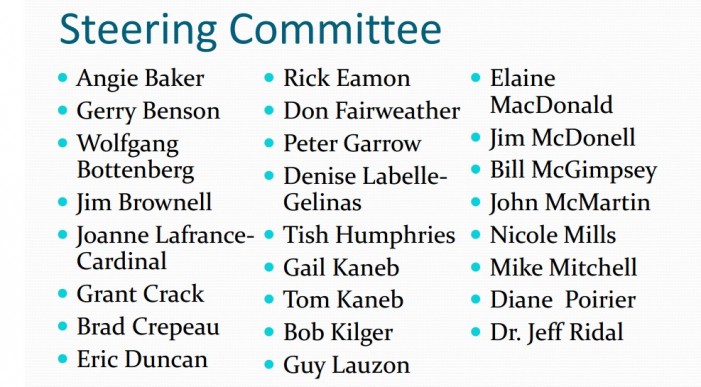 CFN-People tend to sometimes mix up what they feel is right or moral and how lawyers and politicians deal with the law.   The law of course has its own jargon and in its mystical ways can metaphorically prove that elephants can indeed speak Spanish and fly.

Cornwall Ontario is not the only community to suffer from abuse of the spirit and words of the municipal act and of course even after being sanctioned last years abuses still occur. Conflict of interest is a doozy. It’s what brought Mayor Rob Ford of Toronto down, at least for now.   Here in Cornwall recently I actually observed a city councilor invoke it at the meeting for the Gerry Benson University project.  Kudos to Councilor Murphy who  got it and actually wants a future in politics.

However our Mayor Kilger & Councilor Elaine MacDonald, even though they were on the steering committee coming hat in hand to ask the council that Mayor Kilger heads and she sits on  for money, did not recuse themselves.  There even was a joke made about the Mayor being plied with wine when “LOBBYING” him for his support of the project.   Could you imagine a few people walking in off the street and asking the City for $55K for a feasibility project without a business plan or any details?  And to get such a positive reaction?

That means that they should declare conflict and step away from the table.  Technically outside of the room.  They technically not only are supposed to not decide on such a decision, but not INFLUENCE the outcome.

Now the hook to conflict is even if one of the other councilors had the moxie to stand up and say, “WHOA!  You can’t do that!”   they could not.   It’s 100% up to the individual to declare their conflict.

Recently at the budget meetings Alyssa Blais presented for the Agape centre.  While trying to extort council that if they didn’t kick in $60K to her mismanaged mess she’d cut the Children’s Snow Suit fund (yet another reason why should be let go) Councilor MacDonald jumped into the fray and helped explain for the verbally challenged Ms Blais.   Ms MacDonald even shared, while stumping for Agape, that she’s on their board!

So a group that a councilor is the board of is in the fray asking council for cash.  Jump to the 3:22 mark to hear Ms Macdonald and to the 4:52 mark where she clearly states that she’s on the board of the agency asking for CASH.

Again, asking for cash, lobbying for money, tax payer money.   Does that make any sense to you dear viewers of CFN?

Yet according to the municipal act this sort of thing may be fair dinkum?

Cornwall also seems to have an in camera before each council meeting.    We call them “rehearsals”.     Recently the Fort Erie Mayor, Doug Martin was so frustrated with abuse during these sessions that he has called upon the province to send in someone to observe any in camera meetings.    LINK

Could this have been a factor why Councilor Leslie O’Shaughnessy resigned?

“In my opinion, there have been serious breaches of ethical and moral issues that confound my integrity and there are things going on behind closed doors that are just not right,” said Martin, a politician for almost 30 years.

And does this sound familiar?

Martin feels council has used going into closed session for other purposes.

‘The MMAH Act and procedures were never intended to provide sanctuary to politicians from public scrutiny and accountability,” he said.

Martin said that since the current council was sworn in after the October 2010 election, there has been an “eroded” respect for the Municipal Act.

“There are too many things not right in closed door sessions with my council and none of us are serving the better good of the constituents of Fort Erie until this gets cleaned up,” said Martin.

Does the municipal act need more teeth or does it need to be enforced more in places like  right here in Cornwall?  Should the new CAO  or other Councilors hold the Mayor, Ms MacDonald or any councilor that fouls the waters like this on their behavior?

Does the Municipal Act of Ontario Need Teeth & Conflict of Interest in Cornwall Ontario? added by admin on February 7, 2013
View all posts by admin →

8 Responses to "Does the Municipal Act of Ontario Need Teeth & Conflict of Interest in Cornwall Ontario?"