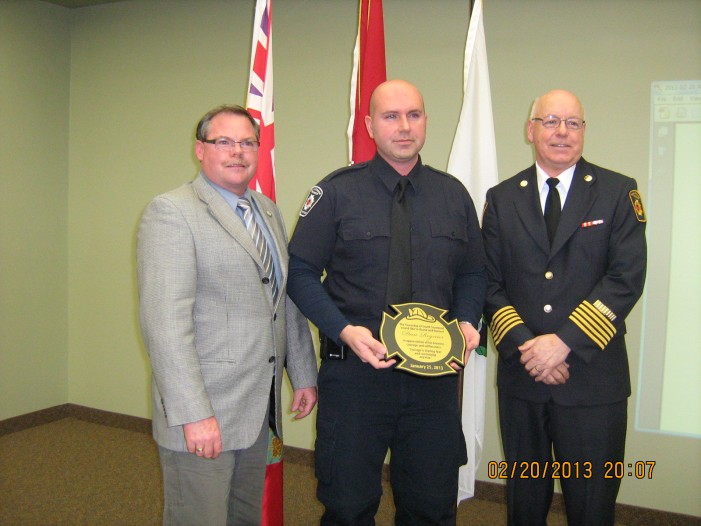 CFN – During the  February 20, 2013 Township of South Stormont Council Meeting, Dan Regnier was presented with a  plaque in recognition of his selfless act of courage on January 25, 2013 when saved the lives a father and his children who were trapped in a burning car on Highway 417.