Conflict of Interest. What does it really mean and will Mayor Bob Kilger Of Cornwall Ontario Declare Tonight at City Council? 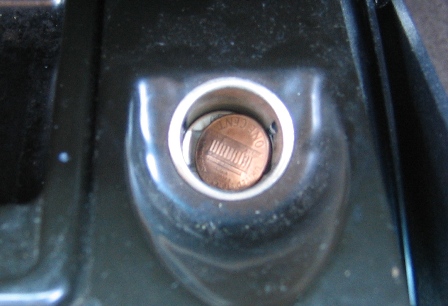 CFN -The problem with the municipal act in Ontario is that it’s literally toothless.   EXPLOSIVE LINK

Nineteen cities and towns met in secret over 15 months, more engaged in questionable conduct and a few even obstructed investigation by Ombudsman Andre Marin.

“Some (municipal councils) are shockingly secretive, suspicious and resentful of the very idea they can be investigated,” the provincial watchdog wrote.

It’s not just a Cornwall issue and it’s something that really expensive legal help can guide guilty, nasty, and uncaring politicians through; after all it’s generally the public that pays the bills and they usually forget before the next election, right?

In what looks like some bad Japanese theatre that’s been in the works for nearly a year there is at least one very expensive lawyer in the house.  Who is paying for Will McDowell?  Is it the Mayor himself, (highly doubtful) or the taxpayer?    Is Mr. McDowell representing the city, the mayor, or some or all of council?  Again, the city is refusing to answer.

The kernel of this goes back before last April when we covered the sleazy mash of mishkabible that the city vomited up when they corrupted our policy regarding change of office.  LINK   Prior to this sham that was passed by the Kilger posse of councilors if the mayor was hit by a bus or caught getting his son a firefighting gig for example, and had to leave office, the runner up in the election would take his spot if they still qualified.

But the Kilger regime changed all that even though they just change it on a few years before.

Fill the vacancy by appointing a person who has consented to accept the office if appointed..

Isn’t that kinda creepy?  Kind of like an episode of the Twilight zone.   They mayor goes poof and council gets to pick someone from space to become mayor, or perhaps Mayor Kilger himself?

I had the pleasure of talking to Clayton Ruby Saturday afternoon.    Mr. Ruby is one of Canada’s most famous and expensive lawyer and the man who took Rob Ford down.   Mr. Ruby said that while he did the Ford case “Pro Bono” it would cost over $400,000 for him to file such a case here in Cornwall.   Now that’s almost like talking Project Truth kind of money, and all because the Municipal Act is toothless.   When I suggested that $400K was a lot of money he asked me how much I thought Will McDowell would be receiving?

the circumstance of a public officeholder, business executive, or the like, whose personal interests might benefit
from his or her official actions or influence: The senator
placed his stocks in trust to avoid possible conflict of interest.

the circumstance of a person who finds that one of his orher activities, interests, etc.,
can be advanced only at the expense of another of them.
Definition courtesy of Dictionary.com

We are living in a city and province where Whistle Blowers, besides going through the drama that Whistle Blowers go through, have to risk their families nest eggs to issue suit (instead of their Union or  the city footing the bill) and where a city is held captive by a group of corrupt politicians, liars, and yes women blinded by their own greed for higher office such as Councilor Bernadette Clement who decided that it served the tax payers of Cornwall, who pay her Councilor stipend, by flying off to Kathleen Wynne’s Queen’s Park party last week instead of being at the in camera meeting with the three lawyers.    A stand was even set up for her which she confirmed to this scribbler, but she said that she couldn’t find a good place to call from.

Btw, does that mean that you did not attend yesterday’s conflict of interest meeting via telephone conference?

I certainly did plan to attend the meeting by teleconference call but I was unable to secure a private location in order to participate in the meeting in a timely manner.

.
Well that confirms Ms Clement’s priorities and focus.
.
See “IF” Mayor Kilger states conflict of interest this wouldn’t be his first.  It all depends on which definition is used.   The municipal act’s one is way too loosey goosey.  It almost literally translates to taking a bag of money for a specific act.   We all know that people can benefit in many ways at different times by means other than money.
.
For example the Mayor and Councilor MacDonald sit on the committee asking Council for $55K for a feasibility study to have a University in Cornwall.    Neither the Mayor or the Councilor recused themselves and actually participated in the discussion!
.
Councilor MacDonald hit a new low when the Agape Centre lobbied the city for $60K recently so they can keep up the Snow Suit fund for kids ( now that’s extortion!) Ms MacDonald not only participated in the discussion, but announced while lobbying that she’s on the board!
.
Now good lawyers like Will McDowell can prove that elephants can fly; especially if the judge leans to the same political party or likes golf.   Remember former PM Brian Mulroney getting a $2M cheque for something that essentially proved to be true?     Good lawyers can make ponies fall from the sky and people believe that smoking doesn’t hurt people’s health.    It’s almost…criminal.
.
Why is the Kilger crew being so secretive?   City Hall is like a bunker to any investigative media.   CFN is not the only outlet having problems getting a straight answer.   We’ve even seen the same non answer given to other media for such simple questions as:
.
How much as the city spent globally on settlements and legal fees during the Kilger regime?   That’s not an invasion of privacy.    It’s not even asking for how many cases and who; simply how much?
.
Who is paying for Will McDowell, and other lawyers?
.
Did Bob Peters work on the Mayor’s Election campaign during office hours of his day job at City Hall?
.
Why won’t Mayor Kilger declare all funds from Gilles Latour to his campaign and repayments from the campaign to Mr. Latour?
.
While his CAO & Clerk have retired the hand selected replacements have failed.     New Clerk Helen Finn makes Ms Labelle Gelinas seem like the Musical lead in a Tribute to Mother Theresa!
.
Most of our queries to the new clerk are returned with a mysterious series of questions instead of simple answers.   Does she work for the taxpayers of Cornwall or simply there to protect Mayor Kilger?  Could this be why she was hired instead of promoting the long serving Deputy Clerk?
.
It’s all conflicted and whose interests are being served with huge piles of tax payer money isn’t really clear. While the Fire Control box at Glen Stor Dun Lodge goes begging for replacement why won’t the city answer if they are spending as much money on Will McDowell?
.
Does Cornwall City Hall need a real clean up or as one group of gentlemen shared with me, a “BIG FLUSH”.     Do citizens have to endure until the next election?  Is there really nothing the province can or will do to investigate the bizarre secretive actions of a council that has clearly failed as this group has collectively?
.
One councilor shared their frustration to me about being tarred and feathered with the group citing that most of the decisions have been made in camera.   While I have empathy for that councilor surely there is nothing stopping them or other councilors and stating that they are not happy with all of the in camera meetings and that they do not necessarily support these decisions.
.
It’s time to stop the slithering in the darkness.  This city needs transparency, accountability and people that will stand up to the bullies and say enough is enough.

Bob Peter’s banner for the Kilger campaign promised Leadership, progress, momentum, growth, accountability and results.   Surely no bigger political whoppers were ever espoused as our city has lost jobs, has not grown, has zero accountability and the only results are 3% tax increases each year with less results.
.
We have a mayor that is costing the city millions of dollars to cover up our former CAO and now will most likely spend hundreds of thousands of dollars covering up the mayor and council’s support of the first cover up.
.
Could you imagine how many snow suits you can buy for that kind of money?   How many pot holes you could fix?   How many hungry you could feed?  Jobs or small business you could invest in?
.
No, dear viewers of CFN, we need a total clean up of council.   Hopefully we see lots of you at the 6:45 rally before tonight’s 7 PM council meeting at City Hall.

The only Conflict of Interest our city should have is which method to rid ourselves of politicians that refuse to serve the voters.  If mayor Kilger has a decent bone in his body he should resign today and spare the city thousands of dollars in legal fees, and that group of councilors that sold their souls to him should resign as well as they have a distinct aroma of corruption around them, right councilors MacDonald, Carr, Thibault, and Clement?

Remember Pat Finnerty from the last election?  He finished dead last with over 1000 votes, but listen to his words, at least after his story.   Cornwall hasn’t changed since 1956 according to Pat.  And he quotes a Cher song!

It’s time to end the cover up and scandals.

poll by twiigs.com
You can post your comments below.

Conflict of Interest. What does it really mean and will Mayor Bob Kilger Of Cornwall Ontario Declare Tonight at City Council? added by admin on February 25, 2013
View all posts by admin →

17 Responses to "Conflict of Interest. What does it really mean and will Mayor Bob Kilger Of Cornwall Ontario Declare Tonight at City Council?"