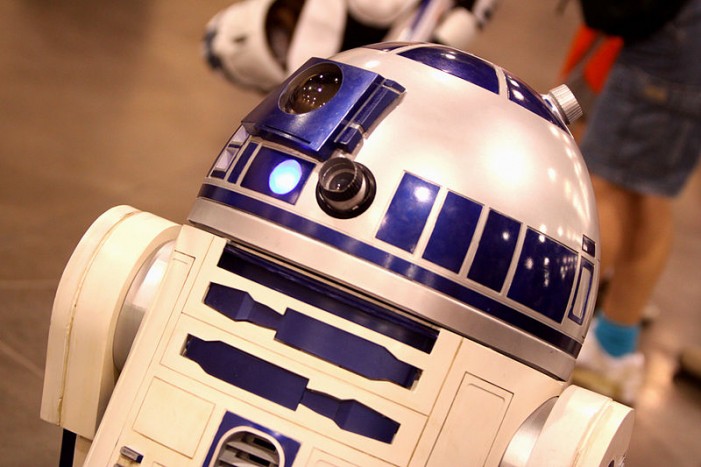 CFN -If necessity is the mother of invention, then Tru-D – the superbug slaying robot – is a technology giving newborn hope to hospital infection control teams in the US, and now, Canada.

This is especially true for the Vancouver General Hospital where Tru-D – in her first Canadian mission to seek out and destroy microbes with ultraviolet (UV) light – will be part of a groundbreaking study led by medical microbiologist, Dr. Elizabeth Bryce.

At first glance, Tru-D’s cylindrical body and dome-shaped head remind some people of R2-D2, one of the fictional droids of Star Wars fame who helped their humans battle villains like Darth Vader and Jabba the Hut.

Among the most serious bugs Tru-D wipes out are bacteria, such as C. difficile, Methicillin-resistant Staphylococcus aureus (MRSA), and Vancomycin-resistant Enterococcus (VRE); viruses such as norovirus and influenza; and a wide-range of other microbes commonly found in hospitals.

When Tru-D rolls into action – after a humanoid signals “go” with a remote control device – she puts her robot brain to work; sizing up the room’s features, contents and dimensions to calculate the exact dose and time it will take to deliver a lethal dose of UV light.  So in addition to being a light-emitting maven, Tru-D’s also a mathematician.

Among her most impressive powers is the ability to destroy spores.

Spores are the reproductive units of microbes – microscopic seeds in effect – but they’re tough nuts to crack because they’re hardy and can survive unfavorable conditions where other organisms might fail.

And as Dr. Bryce confirms:

A technology that can kill spores can kill anything.

The company’s first prototype appeared in 2001.  Since then the sturdy, stable robot that can withstand rough handling has undergone rigorous third party, peer reviewed scientific investigation.  And Tru-D clones are presently at work in more than 100 hospitals south of the Canada-US border.

When future studies are completed and published (including Dr. Bryce’s) the data will help the scientific community quantify how many lives could be saved.

Moreover, Lumalier president Chuck Dunn says he’s hopeful Tru-D will not only assist in the fight against the rising tide of hospital-acquired infections, but may one day be used in seniors’ residences and other settings that put people at risk.

2 Responses to "Germ Wars: Tru-D the superbug-slaying droid could help save lives. By Mary Anne Pankhurst"