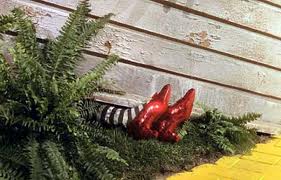 CFN – Can you declare yourself not in conflict of something?   Part of the agenda for Monday night’s council meeting in Cornwall Ontario included this section under consent.    It comes after some strange antics of the City Clerk and the agenda being visible or not visible.

MAYOR reads into the record (of the In-Camera Meeting only)

On this question, I sought and have received independent legal advice form the national law firm of Blake, Cassels and Graydon. The advice I have received is that I am not, and have not been, in a conflict of interest situation with respect to the matters discussed at last week’s in-camera meeting.

Accordingly, I do not have a conflict of interest declaration to make at this meeting.

While I accept my lawyers advice that there is no conflict of interest, I do not intend to participate in Council’s consideration of these matters because I would like Council to deal with these matters with as few complications as possible.”

It’s nice that he sought legal advice with the prestigious law firm, but he still has not clarified whether he is paying for those services or if the tax payer is.  For the record we asked city clerk Helen Finn. Even under former Clerk Denise Labelle-Gelinas we were given clearer answers.   Ms Finn, when she chooses to reply, either responds with a question, a suggestion to file a Freedom of Information Request for a basic question or a gem like this:

In response to all your questions with regards to the in-camera meeting of February 19,  and in accordance with the best practices regarding open municipal meetings in Ontario, the minutes of this meeting that will be deposited on February 25, 2013 will reflect such information as required by the best practices.

Frankly the Mayor & Council’s Dream Team of Lawyers that are bleeding our city dry are doing a great job as this scribbler is even confused at some points.

What I’m not confused about; as are a growing number of people in Cornwall is that you generally don’t make such statements out of the blue unless there is some smoke.

You don’t hire a Legion of Lawyers unless there’s smoke.

You don’t duck and shuffle meetings like what happened at the last Police Board meeting and a prior meeting where the mayor fled down a back stair case after finding out that myself and The Journal’s crack reporter Greg Kielec attended.

You just don’t spend this much energy and resources avoiding something unless there’s smoke.

Because like any good fire fighter will tell you.

We’ll be covering the council meeting a bit earlier Monday night as there’s a protest before starting at 6:30 where more people are expected to show their displeasure with the bleeding of tax dollars by this council on legal fees and settlements as well as their antics in covering them all up.

Do you care Cornwall?  Will you be there?   You can post your comments below.

Did the mayor violate the Municipal act and City’s Procedural By Laws with his statement?

Council has not convened in open session to vote and give Mayor Kilger their blessing to disclose what he just has in the minutes.

If H is applicable here then the Mayor seems to have violated the confidentiality of Council.

We will be updating as we sift through more of this cryptic maze of by laws and municipal law.