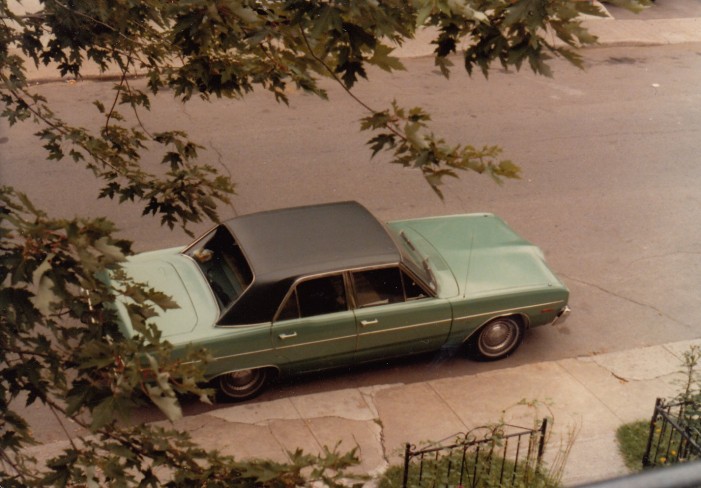 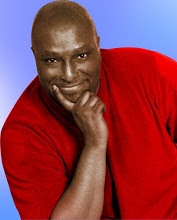 CFN – The Chrysler Corporation, which was itself on death’s door not too many years ago, found a Sugar Daddy to save it, in the form of Italy’s Fiat. Now on somewhat solid road, the car company has brought back from the dead one of its most remembered nameplates, albeit this time on an Italian chassis.

The return of the Dodge Dart has more than a twinge of nostalgia for me. I grew up in a Chrysler family. Our first car was a 1970 Dodge Dart (pictured below). It was our first days of freedom and the last days of public transit for us.

Though only 12-years-old when this car came into my life it was almost entirely my choice of vehicle. I loved the Chryslers of my youth, enjoyed the sport model of the Dart that was driven by TV’s Mannix, and had major sway on my Dad who really knew nothing about cars (and truth be told, knew very little about driving them too).

I made every decision in the choice of that first car, with the exception of the colour. My mother chose that, which is why we ended up with the hideous hue with the equally hideous name of “Light Citron Metallic.” Depending on the time of day, season and climatic conditions it either looked green, gold, silver, lemony or light tan. This would have been a great colour for a getaway vehicle because no two people could ever describe it the same way.

But I loved that car and we had it for five years, which means it was the first car that I could legally drive when I got my license at 16 (oh, thanks to my Dad, I had already been driving that car regularly on the road for three years and have Super 8 film to prove it. Let’s just say it was a different time and leave it at that!)

But five years later we traded up to a more mid range 1975 Dodge Dart. Again, I had complete say on this deceptively fast family sedan with a .318 V8 under the hood. However, once again Mom picked the colour. Not wanting to beat around the bush with a choice that could look somewhat green (unless it was cloudy or dark outside), she went full bore with her favourite colour, which is green. (For the record, green is NOT my favourite colour. On the contrary, it is a colour I do not like at all). 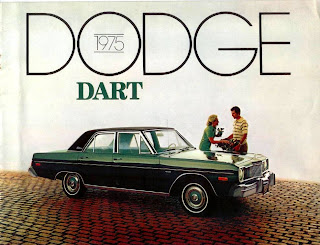 This car was my baby. I got up early in the morning to drive my father to work, then took the car to school. I picked my Dad up after work, then went to my job as a theatre usher after that. On the weekends, once I made sure to take Mom to the supermarket for groceries, I was free to roam the world in that Dart.

That car, which was affectionately known as “Betsy” was everything to me. And I put her through a lot. In the eight years I had her, she saw almost 300,000 miles (long before the days when we counted distance in kilometres). At the time of her death I was living in Brockville, Ontario working at a small radio station (two and a half years of my life I will never get back. I went there to cut my salary in half and double the Black population. A story I may or may not share another day).

During my Brockville days, I drove Betsy home every weekend. It was a two hour plus drive to Brockville, but only a 90 minute drive back to Montreal (I told you, I didn’t like Brockville and the Dart did have a .318 V8).

That car had been through a lot, least of all my adolescence. I can truly say that with all the car had endured, it stood up to the challenges. And at the risk of sounding old, they don’t make them like they used to.

To say I was distraught at the loss of my beloved vehicle might not be too far off the mark. But I got through my grief by placing an obit in the Brockville daily newspaper, The Recorder and Times (apparently they would let you write anything in the classifieds as long as they saw the money . . . . again another sad story for another day).

The obit (pictured below) was entitled Goodbye Dear Friend. If you can’t read the actual newspaper clipping, which I still hold near and dear to my heart, here’s what it said:

We respectfully direct your attention to the following unfortunate incident. A 1975 Dodge Dart, a.k.a. “Betsy”, a.k.a. “The Little Green Mean Machine,” passed on into the great metallic unknown on Monday, February 21st. She was eight years old. Its demise was diagnosed as acute complications due to old age. The Little Green Mean Machine is survived by H.D. Holder of Montreal, its one and only owner; and Peter A. Holder, principle driver. She led a long and productive life of faithful service and will be missed by all concerned. She is currently a 3,200 pound green cube in Montreal. All donations to the CAA will be greatly acknowledged. 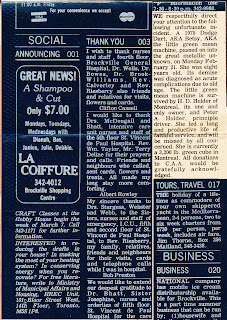 What can I say? We all grieve in different ways.

So in this millennium, as a once venerable automotive giant looks to its past to try and rebuild for the future, with ad campaigns and much hype over the return of a treasured nameplate, I will quietly applaud them for their attempt. But I will also look back fondly, with a smile, (and maybe a tear) knowing that the glory days of my youth were truly enhanced by my relationship with that 1975 Dodge Dart.

And I hope that out there somewhere is another teenager, with or without a sense of history for the name, who might fall in love with a Dodge Dart of his own and begin the journey on the highway of memories.

Peter Anthony Holder is a Montreal based Writer & Broadcaster.   You can check him out also on his website or blog.