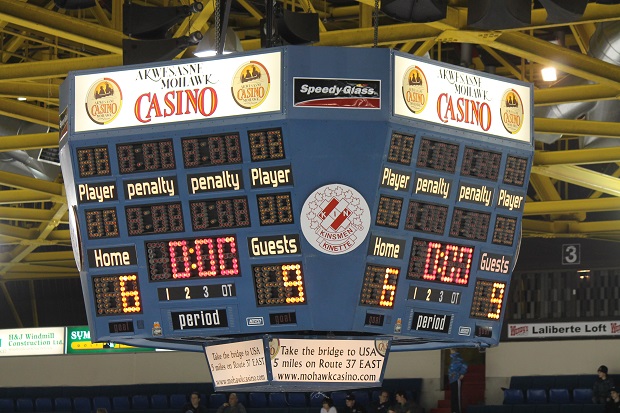 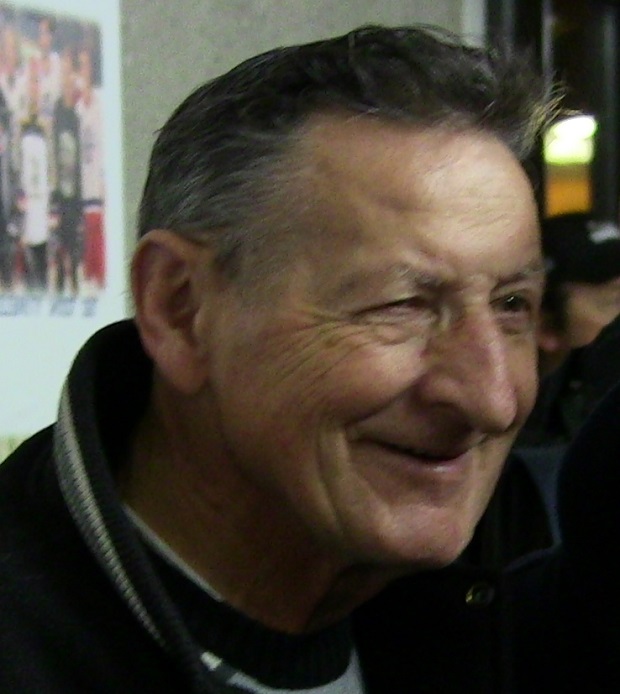 CFN – As you can see from the score board the NHL Alumni won the game last night but the real winners were the fans in the stands and the Special Olympics. The event was well attended and the event went smoothly both on the ice and off, with a small wrinkle in the opening ceremonies. Mayor Kilger opened the game with a suggestion that the Law Enforcement All Stars should have invited him to be a referee if they were serious about winning.

The game itself was a kiss and giggle kind of event. The Law Enforcement Allstars acquitted themselves very well against the NHL Alumni but the well seasoned NHL players did handle them easily. This was actually hockey’s version of the Harlem Globe Trotters. The casual ease of the players and the entertaining efforts of ref/colour commentator Dave Hutchison made the whole 60 minutes of play one big chuckle from beginning to end. Between periods there were autographs and interviews, 50/50 draws and even an auction of a picture with Walter Gretzky’s autograph, not the picture below but real hockey memorabilia in a frame and everything.

There were no fights in this game but Marty McSorley did threaten a couple of the Law Enforcement Allstars. One of the highlights was when ref Dave Hutchinson awarded NHL Alumni goalie Mark Laforest a penalty shot for being bumped. He didn’t score. The second period was a skills competition where the Allstars actually tied the Alumni and were awarded a goal by ref Hutchinson. In the third period the Alumni pulled ahead of the Allstars to finish the game at score of 9 to 6.