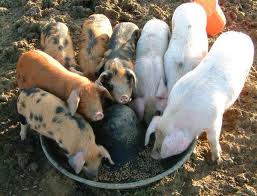 CFN –  Protesters are vowing to return to council meetings until Mayor Kilger does what many feel is the right thing and declare his conflict of interest.

Many feel that the thousands if not millions that the city and mayor are spending on lawyers like Will McDowell (who we hear is racking up the hours!) are simply and totally insane and a key reason why taxes have gone up 2.88% in Cornwall this year.

Silence seems to be the game plan now as all of council has muzzled up.  While some insiders at City Hall have suggested that the legal beagles and the mayor have simply silenced them there also is an air of inner discontent as some politicos feel that their careers are in jeopardy but are being forced to play ball.

At this point the toothless municipal act clearly shows issues, but with no penalties.   While yes, voters can simply reject politicians at the next election; many of the problem people are sailing off with golden parachutes. Former CAO Paul Fitzpatrick’s settlement still has not been divulged.   Estimates are about $100,000 in executive leave were given to Mayor Bob Kilger’s very good long time friend who was allowed to retired instead of being prosecuted by council.

Likewise Donna Derouchie was still on the Ontario Sunshine list even though she didn’t spend a day at Glen Stor Dun Lodge.

The City has not responded to simple requests for a GLOBAL SUM of how much has been spent in legal bills, settlements and investigations.

And that’s where this all lies.   At the feet of city council.   Little by little allegations are that council knew to varying degrees of the exploits of Mr. Fitzpatrick and the lengths that the mayor went to protect him including the firing of former HR Manager Robert Menagh who the city paid $300,000 to leave without cause, or even an interview for him to share his side of the story and defend himself.

The big question is how much has the City spent and how much will they spend?

There are now two whistleblowing cases pending, two more allegedly on the way, and at least one case about to land against the mayor and city.   Does Cornwall have an never ending bucket of money for legal bills and settlements?

At what point does council take the Pig by the snout and say enough?   The city has also refused to answer if they are paying for Mayor Kilger’s personal legal advice and service or not while we do know that the Whistleblowers are forced to foot their own bills and face full risk.

Here is what many feels is the reason why council has stayed silent.   The four oaths taken by elected officials in Cornwall when they take office.

What’s very interesting about this document is that numbers 2 and 3 are different.   Number 3 is the standard toothless COI statement from the Municipal act.   Number 2 though separates money based gain from other; ie like getting your son a prime gig on the fire department or the chicanery that a good friend may have done.

For example it’s been suggested that Mayor Kilger is in full conflict of interest over the hiring of his son; but council would be aware of that assertion and number 2 without disclosing it at any council meeting.

And all of council has been aware of the Paul Fitzpatrick issues including his calling for a city vehicle to pull him out of an embarrassing snow bank situation when his car was stuck.

Likewise council knew of the “Good Friends” that Mayor Kilger and Mr. Fitzpatrick were by media statements and release given by the mayor.

Council also sat by in silence over other issues like when this very scribbler was yanked out of council illegally and when  a councilor illegally snatched peaceful protest signs and tried to destroy them in entrance of an open council meeting.

Not a single apology has been issued to any of those involved or the police or public by Mayor Kilger or Council.

The protest takes place at 6:45 tonight before the 7 PM council meeting in front of City Hall in Cornwall on Pitt Street.   Protesters are vowing to picket each meeting until the Mayor declares his conflict and someone cleans house at city hall.

The big question is should all of council be forced to resign?

poll by twiigs.com
You can vote in our poll and post your comment below.
Will you be at City Hall Tuesday night?

Protesters Vow to Picket Council Meetings in Cornwall Ontario Until Kilger Council Cleaned Out – April 23, 2013 added by admin on April 23, 2013
View all posts by admin →