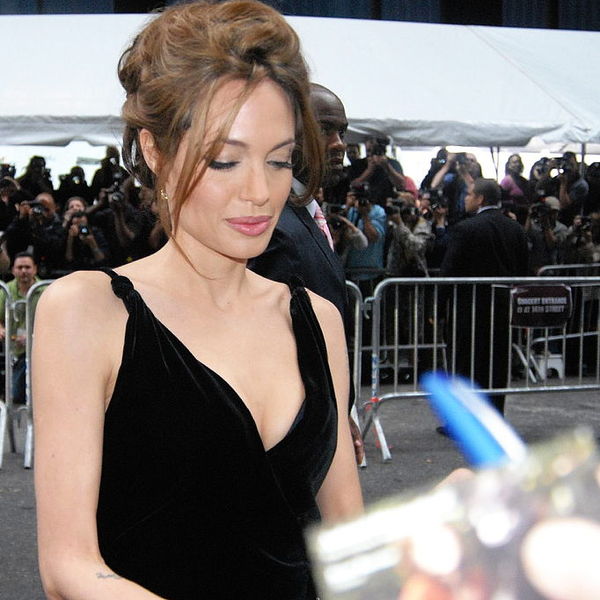 CFN – When Angelina Jolie’s opinion piece came out in the New York Times yesterday, revealing that she had a double mastectomy followed by reconstruction, as a result of testing positive for the BRCA1 gene, there was a lot of discussion and chatter by various media outlets and by social media.

I applaud Jolie for her bravery and willingness to share her experience with the public. By doing this, she will be able to shed a greater light on breast cancer in general, and its genetic issues. Knowledge is power, and anyone going through a battle with breast cancer knows that you need to stay well informed in order to make the best decisions for your own case.

As a mother of three daughters, I can also understand where her mind was when she received the bad news. No, she didn’t have breast cancer. But she had pretty high odds of getting it. With the passing of her mother, as a result of breast cancer, and at such a young age, there is no doubt in my mind how difficult it must have been to think of her own children, and the unenviable position she found herself in.

When I was diagnosed with breast cancer, six years ago, I was not aware of the extent of my family’s history with the disease. I knew that one of my aunts had ovarian cancer, and that another also had breast cancer, but after my first surgery, a lumpectomy, more family members came out of the woodwork. As the margins were not clear after the initial surgery for the lumpectomy, I had to go back for more surgery, and had to decide whether I would have another lumpectomy or, as there were no guarantees they’d get all the cancer on the second try, go in for the mastectomy.

It was during the days of contemplation prior to my decision that I heard that not only did I have two cousins that were diagnosed with cancer when they were in their forties, five out of seven of my father’s sisters had been diagnosed with breast cancer, another sister had passed away from ovarian cancer, and two out of four brothers had prostate cancer.

My decision became much more crucial. I had already decided to go for a full mastectomy, but now I needed to think of the other breast as well. It was also recommended that I go for genetic testing.

After a few months of testing and waiting for an operation date, I had a double mastectomy and reconstruction. It was a gruelling ten and a half hour operation that, first, had my oncology team in to remove the breasts, the cancer and test my lymph nodes for any sign of cancer cells that could be spreading. The second part of the operation had my plastic surgeon’s team reconstructing my breasts, using tissue from my abdomen; in more medical terms, a tram flap.

It was a few years following this operation that I started genetic testing. Much of this involves a detailed family history, so that doctors can determine whether or not it’s worthwhile going through the blood tests that would indicate whether I was a carrier of the BRCA1 or BRCA2 gene. My decision to go through with the genetic testing was partly for myself, and partly because I had three daughters, and two sisters who would benefit from the information contained in my results. If I was a gene carrier, I would have a much higher chance of getting ovarian cancer, and would have another difficult decision to make. My daughters would have a much higher chance of acquiring breast cancer as well, and would be in the same situation that Jolie found herself in.

The decision was made to go through with the blood tests. I would be called back in a few weeks to get my results. During this time there were many things that went through my mind. I would have to decide, sooner rather than later, that I would have a full hysterectomy.

And I was scared; not only for myself.

I was scared for my daughters, still so young, and their futures. What if breast cancer hits them even earlier than it hit me? I thought of the implications of carrying one, or both, of these genes. Should I get life insurance for the girls? Should I get a safety deposit box and put the results in there, only to be taken out at a much later date? If my daughters were told that I was a gene carrier, they would not be eligible for life insurance in Canada. My sisters, who were already considered high risk, because of me, would have to be tested themselves.

Even while I was afraid, my logical self also thought that, at least, I would have a clearer picture of why I got breast cancer.

It was a beautiful, but cold, sunny day in February of this year that I went to the hospital to get my results. To say I was nervous would be an understatement. In my usual take charge way, I had mentally prepared myself for any bad news. Similar to the day that I was diagnosed with breast cancer, everything was moving in slow motion. I was in a daze, but remember things in vivid detail. I was on an emotional roller coaster as I sat in that hospital waiting room. Alone.

And it was with sweaty palms, like a prisoner in court awaiting the judge to read their verdict, that I sat across from the genetics councillor to get my results. After a few bits of information, that, frankly, I don’t even remember, she said the words I longed to hear: you tested negative for both genes.

Relief cannot amply describe my feelings, at that point. The information that followed was a blur as well. And when I left, my results on one piece of paper, neatly folded in my purse, I sat in my car and cried. Tears of relief, tears of gratitude and tears of joy. The emotions that had been cooped up for many months spilled out on my steering wheel and down my winter coat.

I know how it feels to be there. And even if you’re a movie star, those decisions remain the same.

Andrea Paine has been writing speeches for cabinet Ministers and members of the National Assembly and of Parliament throughout her years in politics. More recently, she turned her talents to writing an inspirational blog found at www.lifepowerblog.ca, and is a published author,  with a chapter in a book by British journalist, Chris Geiger.  Andrea has also been involved in public speaking, having been on the speaker’s circuit on behalf of the St-Mary’s Hospital breast cancer foundation in 2011, as well as a presenter, in 2012 and 2013, for the Federated Press Annual Conference on “Working with Ministers and Parliament” in Ottawa.

Angelina Jolie’s Brave Decision – Celebrating Life After Cancer by Andrea Paine May 15, 2013 added by admin on May 15, 2013
View all posts by admin →