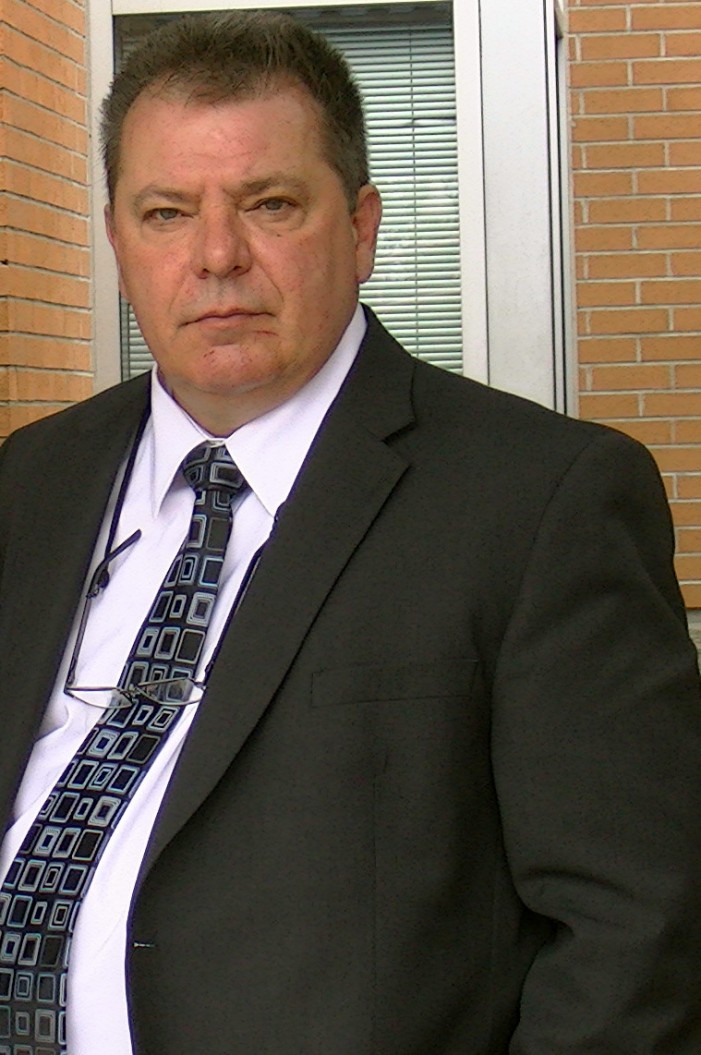 CFN – In a true David and Goliath case Deputy Fire Chief Rob Hickley stood stoically awaiting for the proceedings to commence at the Court house in Cornwall Ontario.

With the words “My name is Fay Brunning”  the hearing commenced.

To be decided was whether Superior Court of Ontario Justice, The Honourable John M. Johnston of Brockville would allow the City of Cornwall’s two lawyers and the Mayors lawyer (the city still has not confirmed if it’s either paying for the mayor’s lawyer or reimbursing Mr. Cameron) to squash his appeal to have his legal expenses paid by the city or have them squashed as the nearly $2,000 per hour of firepower being thrown at him were attempting to do.

For the day Ms Fay Brunning was representing him for this motion pro bono unless the courts decided to cover cost.  She vented some frustration over the city not providing any defence or evidence as Super Lawyer Will McDowell pressed to cross examine Mr. Hickley over finances.

Mr. McDowell came on full force(with a supporting lawyer in tow)  even suggesting that Ms Brunning was Grand Standing at one point although it looked a bit more like he was the one doing the performing.

Surely it will be a long drive back to Toronto for him at the city’s expense.

There was some chatter about sealing Mr. Hickley’s documents, but Judge Johnson was clear that we media should be consulted prior to any such decision.   Apparently CFN publishing certain excerpts caused some commotion as the records were supposed to be sealed by the court yet we were given all the files at the counter.  LINK

Mr. McDowell casually suggested a change of venue as well which the good judge ruled out which I’m sure was music to the ears of the near capacity crowd that came out mostly in support of the Deputy Fire Chief.

When Ms Brunning offered a late affidavit presentation that was rejected by the other side she posited that Mr. Hickley’s costs be covered for any delay which seemed to trip up Mr.McDowell who is sitting in for city litigator David Sherriff-Scott.

Ms Brunning also shared that the city was refusing in Freedom of Information request by Mr. Hickley to provide how much it has spent in legal fees to date suggesting that it needed 30 more days to tender any information and how much it would cost to provide it.

One person I was speaking with was outraged that here was a city, instead of supporting one of its hundreds of employees who is alleged to have been abused by the CAO and forced to resort to Whistleblowing,  was cowardly hiding away at a training session and having their lawyers try and hide the abuse that has triggered at least two whistleblowing lawsuits with rumors of more to come out.

The only politician present was former councilor Leslie O’Shaughnessy who himself resigned from council after being fed up of lies and lack of accountability by the Mayor and his team.

The next court date is July 16, 2013 as round two, and we haven’t even started the trial yet that led one person to point out that this could run right into the next municipal election.  Hopefully Mr. Hickley isn’t harassed while awaiting his next court date.

The big losers of course are the tax payers of the city of Cornwall who in addition to footing the bill for this scandal also have to endure the good reputation of our city being further muddied by this conflicted Mayor and his cabal of councilors and city managers that have stood by, even if in fear, and watched this all happen.

We will be updating this story.  In the meanwhile what do you think Cornwall?  You can post your comment below.