Is Cornwall Ontario Mayor Bob Kilger About to Be Served With Rob Ford Type Conflict of Interest Application in Hickley Case? POLL 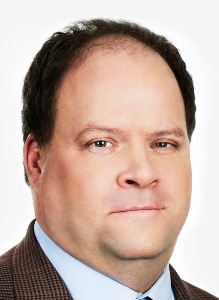 CFN – Is Cornwall Ontario Mayor Bob Kilger about to be called on his Conflict of Interest allegations?  Legal documents presented to CFN seem to clearly show that.

The document looks similar to the one used against Mayor Rob Ford in Toronto over his conflict of interest.  In this case the Mayor of Cornwall Ontario has been alleged to have used his office in helping his son attain an $80K per year firefighting position.

An Order, pursuant to section 10(1)(b) of the Act, disqualifying the Respondent from being a member of Cornwall City Council for a period of seven years;

The judge in the Rob Ford case chose to to impose such a disqualification.  Could a judge not disqualify Mayor Kilger if found guilty?

Ontario Liberal Premier Kathleen Wynne’s office has refused to comment on the tragedy and scandal connected to the Kilger (Former Liberal Whip & friend of resigned Premier & MPP Dalton McGuinty)  Council that includes lawyer and City Councilor Bernadette Clement who was part of the Premier’s transition team.  Ms Wynne had plenty though to comment about Toronto Mayor Rob Ford (a Conservative)

Super lawyer Will McDowell should be familiar with such a charge as his firm represented Rob Ford.

Mr. McDowell tangled with Hickley Lawyer Fay Brunning in their opening hearing where the city provided no defense simply attempting to have the case tossed on technicalities.

At one point Mr. McDowell suggested Ms Brunning was grandstanding.

And at another he suggested that he’d have no issue with a change of venue.

Mr. McDowell is a partner at Lenczner Slaght.   LINK

We will be updating this story as more details become available.

Do you think Cornwall Ontario Mayor Bob Kilger helped his son get his job on the Fire Department and is in Conflict of Interest?  You can post your comments below.   Do you think Mayor Kilger is getting a free pass from Queen’s Park because of Partisan party politics?

Is Cornwall Ontario Mayor Bob Kilger About to Be Served With Rob Ford Type Conflict of Interest Application in Hickley Case? POLL added by admin on June 13, 2013
View all posts by admin →

7 Responses to "Is Cornwall Ontario Mayor Bob Kilger About to Be Served With Rob Ford Type Conflict of Interest Application in Hickley Case? POLL"