331 Cumberland Apartment Fire in Cornwall Ontario – Was it started by an errant cigarette? UPDATE – June 22, 2013 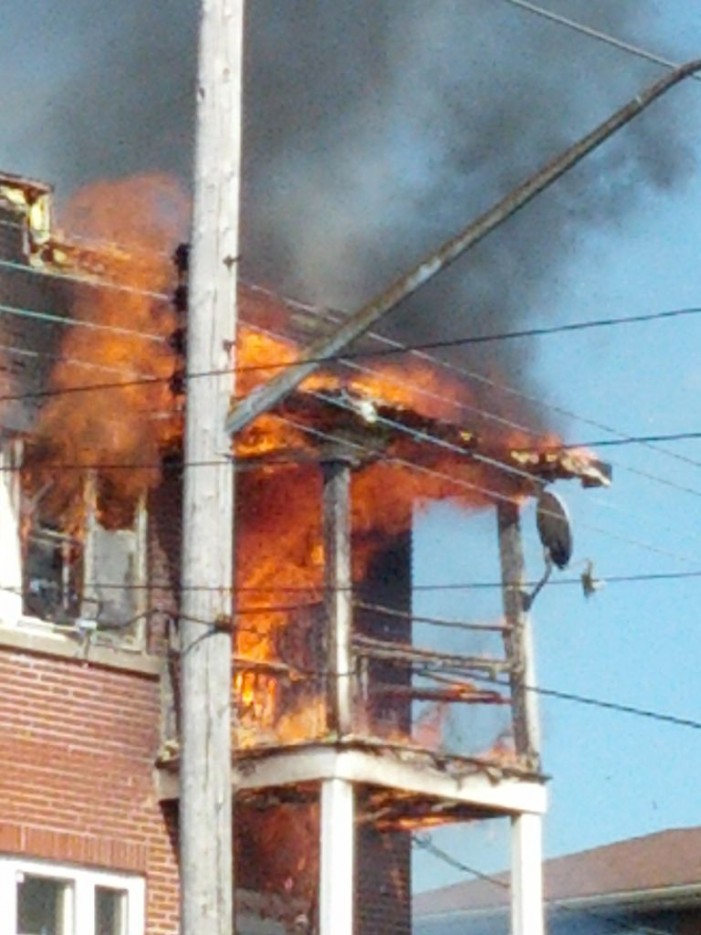 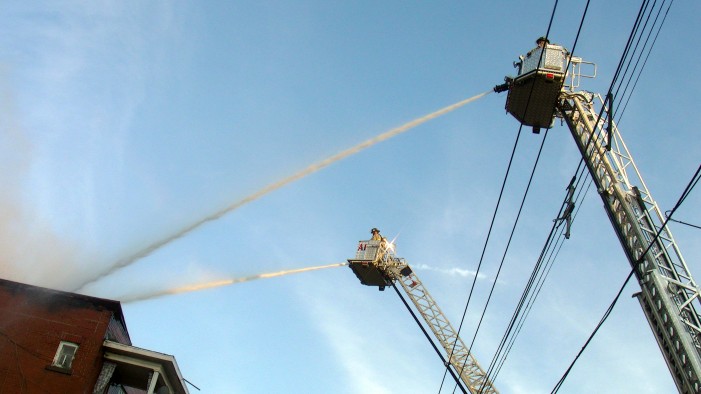 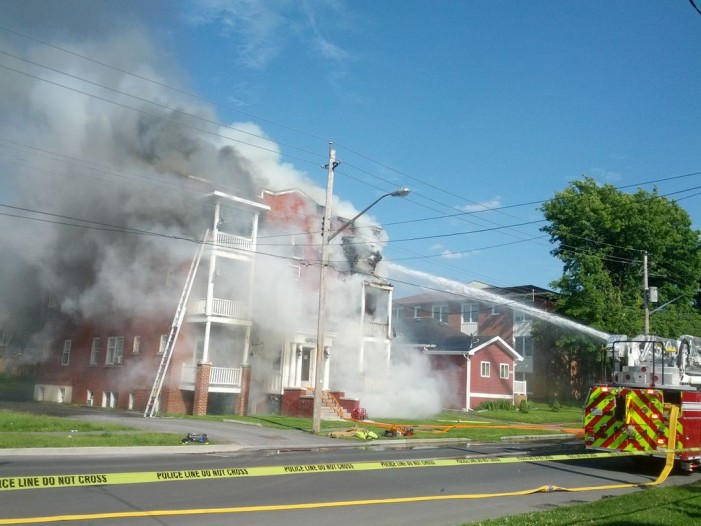 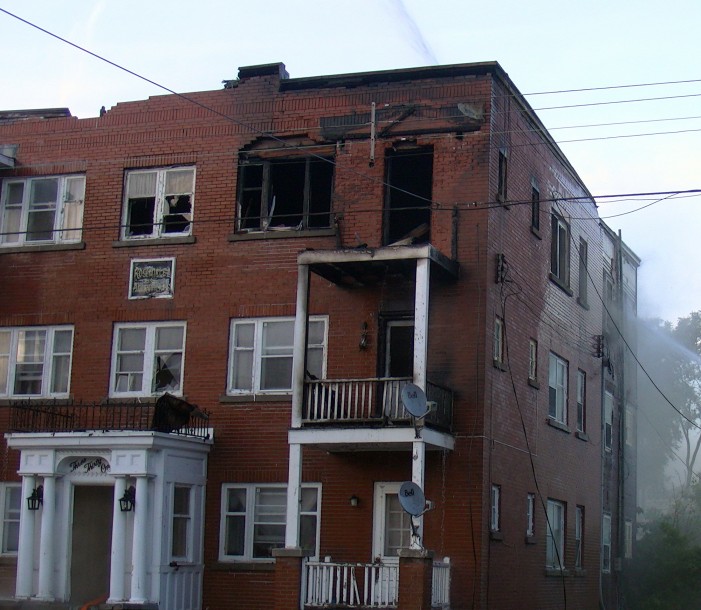 CFN – In the aftermath of a massive fire that has left some people homeless the buzz at street level was whether it was a carelessly tossed cigarette that caused the fire.

Several people were stating that the tenant tossed their cigarette that caught fire on the balcony of their apartment.

In February 2010 the apartment building next to this one also caught on fire  (VIDEO LINK) and was subsequently torn down.   Looks like our downtown section might have a nice replacement condo on the horizon?

The fire spread quickly in spite of work of the Cornwall Fire Department who at one point were attacking the blaze from two points above and on the ground. The blaze spread across the top floor however complicating the fight.

The Cornwall FD responded with 5 trucks and 20 staff while police blocked off traffic. We will be updating as more information rolls out.

14 Responses to "331 Cumberland Apartment Fire in Cornwall Ontario – Was it started by an errant cigarette? UPDATE – June 22, 2013"