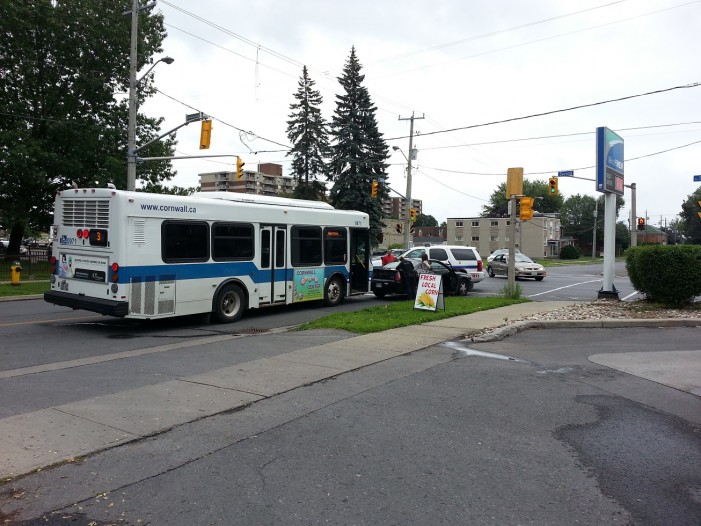 CFN – Another Bus accident for Cornwall Transit.   York Street between 2nd and 3rd is closed after a bus and car had an incident.

Special thanks to Michel Lalonde for his photos!  If you see news happen email your pics or video to info@cornwallfreenews.com or call our hotline at 613 361 1755. No injuries were reported and we will update if more information becomes available.

Bus driver Esther Paquette was charged by Cornwall Police.  CFN also received an angry call from the former Cornwall Transit worker pictured on the Freeholder’s website for their story.  The gentleman was even further surprised as the charge was placed on a female driver!