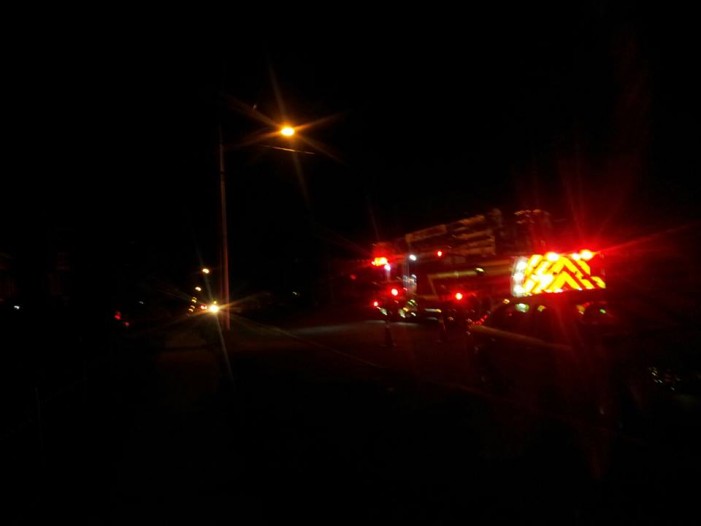 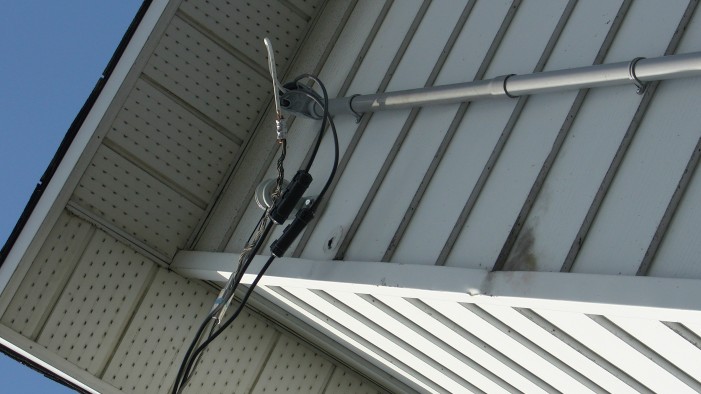 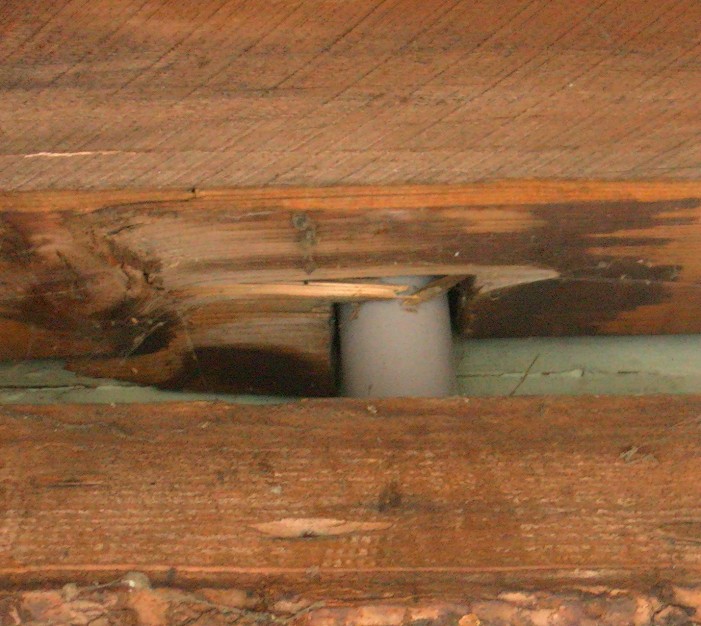 CFN – Traffic was down for hours on Lefebvre Street near Water as power lines were taken down by an alleged speeding Minimax Express truck pulled lines down on the narrow domestic street.

Why a Minimax Express truck was on the street still seems a mystery?

That meant no air conditioning or cooking for the senior and his wife.

His neighbors, Vee & JP offered to store some of his freezer goods.

Cornwall Police stated that this was not a criminal situation.   Cornwall Electric also seemed to duck with Mr. Mike Pescod suggesting that its the homeowners responsibility to have their electrical connection at the right height. He did not state that Cornwall Electric would pay for damages; but suggested Mr. Kyer could file a claim with them.

Ms Desaulniers said that firefighters on the scene shared that there are several streets in the East End that the city will be repairing that have incidents with low hanging wires.

As the sparks lit up the street a neighbor actually drove after the Minimax driver and confirmed a license plate.  Mr. James MacPherson of Minimax said the company had no comment after some preliminary questions to CFN.  He said he didn’t think the company was responsible for damages blaming low wires.  Also the street did not have a no trucks sign.

It sounds like everyone is passing the buck?  Surely Mr. Kyer should not have to pay a bill in this situation or see his homeowners insurance go up?

And if this is a city issue with low hanging wires how much will it cost to fix all that need fixing in the East End?   Maybe it’s time to put up some signs for Truck Drivers to find better arteries to race down?

Minimax was the recipient of monies from the Province.  Premier Kathleen Wynne visited the company at their Cornwall office recently where she herself drove a big rig; although she did not rip down any hydro wires.