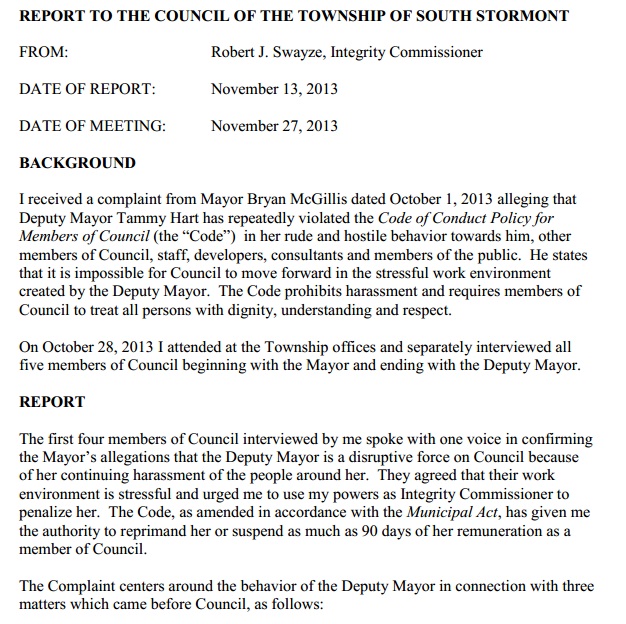 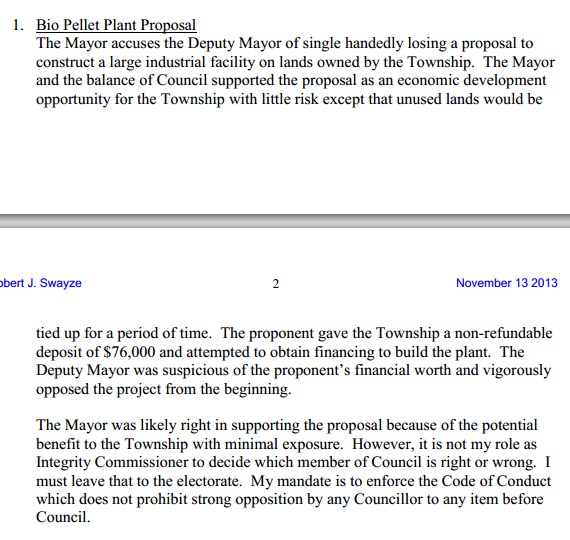 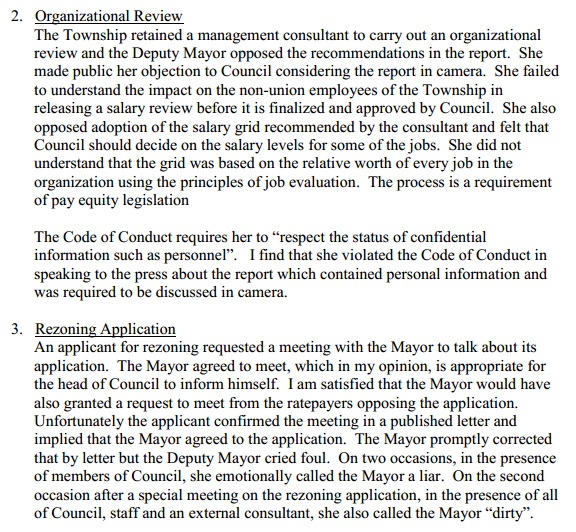 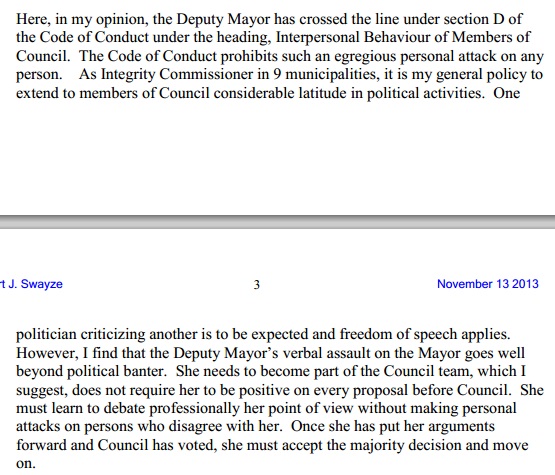 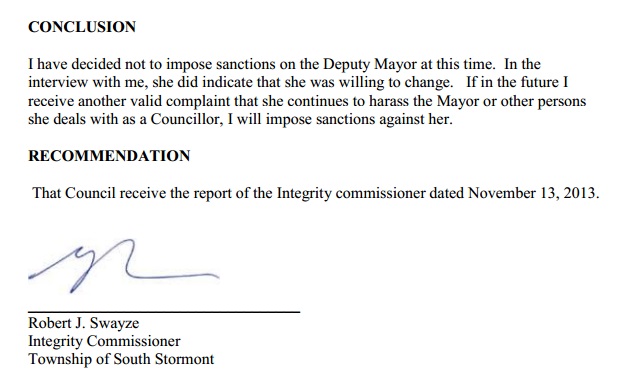 CFN –  Today if you make the rounds in Cornwall media there is a respite from Rob Ford stories as South Stormont Deputy Mayor Tammy Hart has contacted area media and tried to get ahead of a report that was tabled to come out on the November 27th meeting of her council.

Ms Hart was spanked in that report like a naughty child.   She complains about the cost of the services of the integrity commissioner but what was her council’s options in light of her public statements and actions in and out of camera?

In the name of Transparency which seems to be tantamount to Ms Hart we are releasing the Report from Mr. Swayze. If you read that and then listen to some of Ms Hart’s clips and interviews to get ahead of the report it really feels odd?   After all why is she chastising Mr. Swayze if he in fact did not suspend or penalize her?   What did she expect in light of what she herself has admitted to?

As for the cost to the Township shouldn’t she have to reimburse South Stormont when the Investigator has clearly found in favour against her?  Isn’t her actions; the ones she laments the cause of the Township having to go to the degree of bringing in Mr. Swayze?

In fact to capture some of the flavour of Ms Hart here is an excerpt of a complaint letter regarding her behaviour in front of an investor for one of the largest potential projects South Stormont has seen in awhile.  (We whited out the name of the investor and company present)

While it’s important to stand for one’s principle’s and transparency and accountability are crucial in this day and age is this really about those issues or does Deputy Mayor Hart have some issues to deal with herself?

While there may be a need for Transparency and Accountability in South Stormont it might need to be focused on the Deputy Mayor rather than her council.

What we seem to have here is someone who upon hearing of a damaging report tried to get some spin and traction to message the story in her favour?   Someone who in spite of reading the report that gave her a near free pass with the proviso of not essentially lashing out and accepting results, ran out, leaked the report out before other councilors had read it and violated the trust of her council.

What do you think dear CFN viewers?    You can post your comments below.