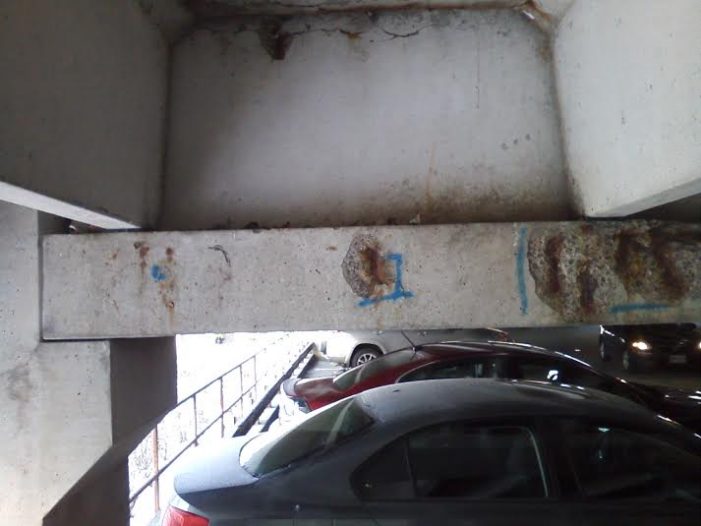 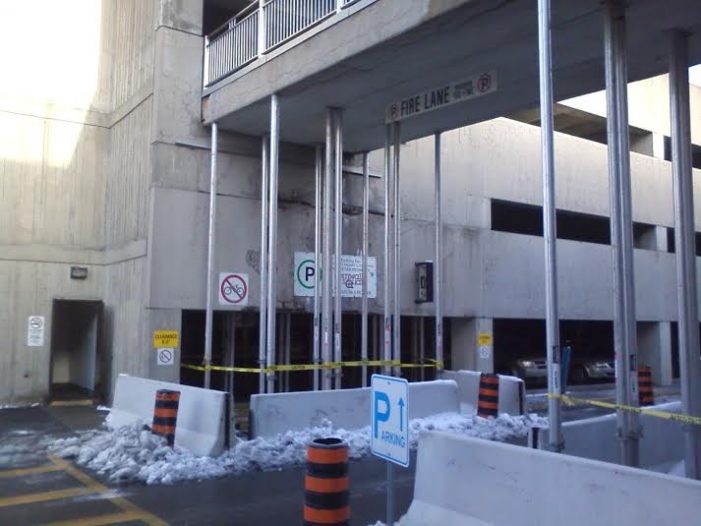 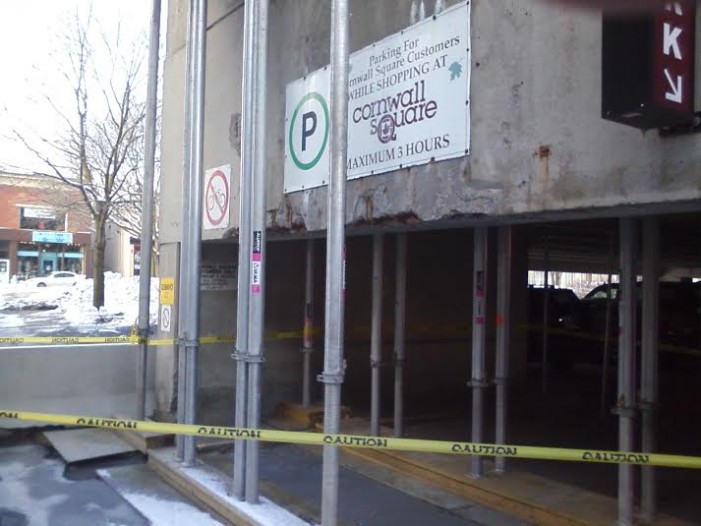 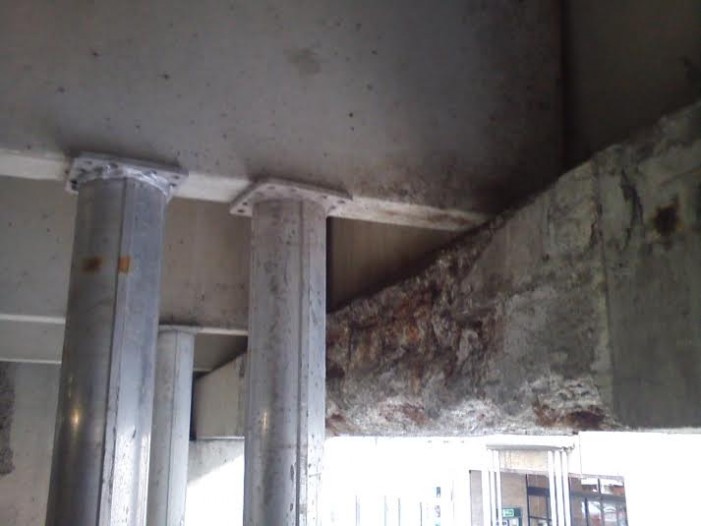 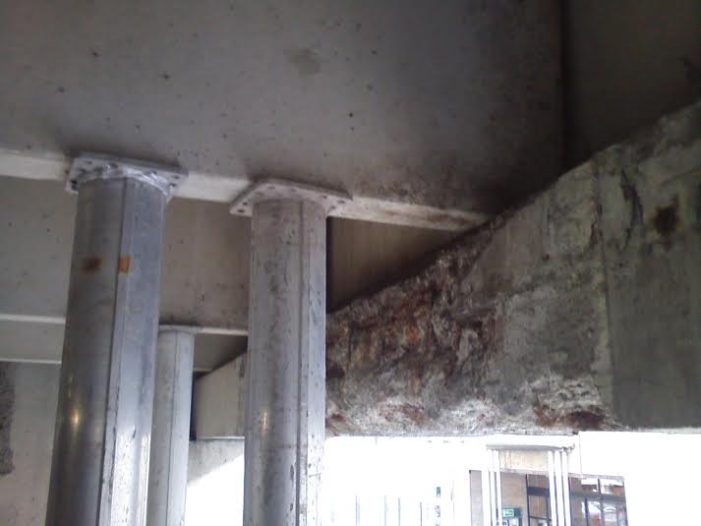 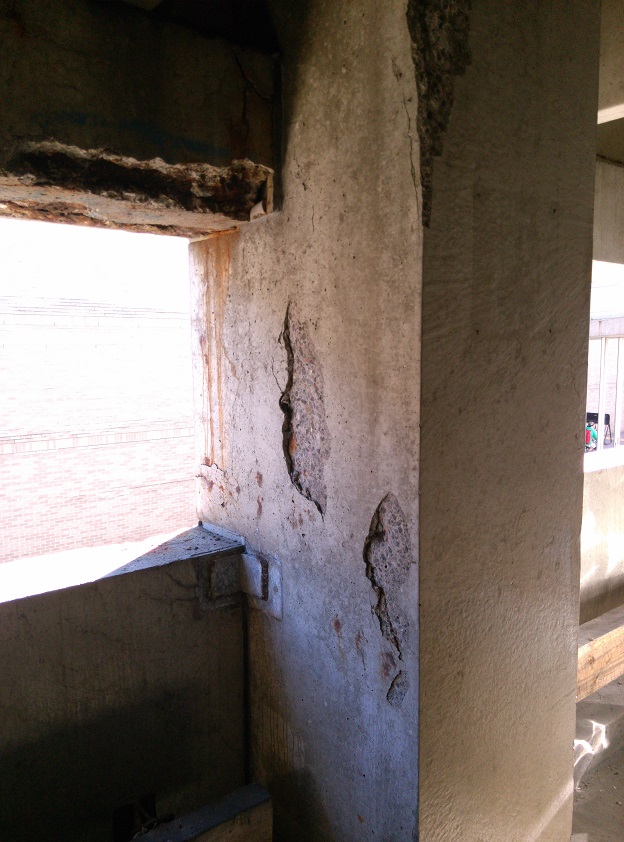 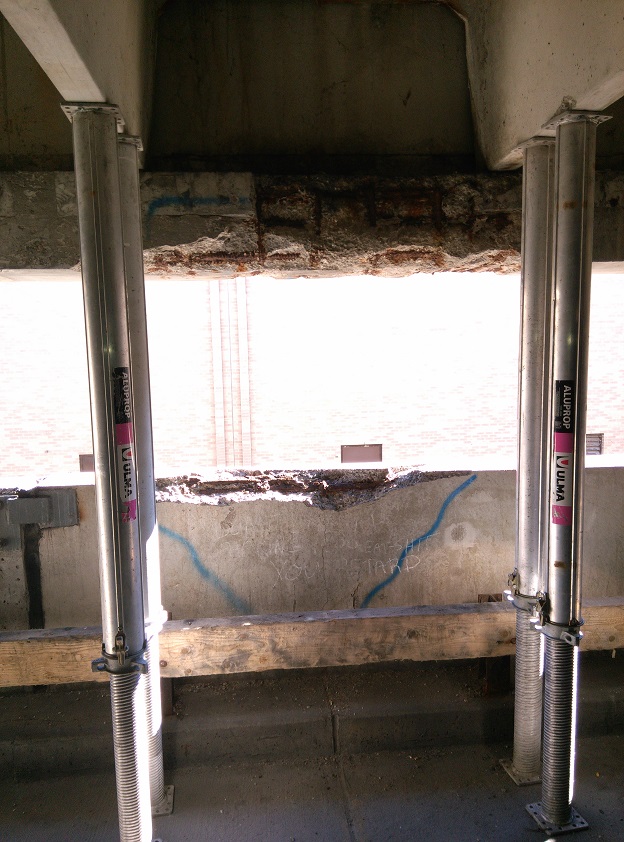 Cornwall Ontario – CFN has learned that the Redcliff owned, Triovest managed Cornwall Square parking facility has come under investigation of the Labor Ministry after a series of complaints regarding its safety.   Apparently even after other tragedies that have taken place Shopping Mall safety is still essentially self-regulated. The Labor Ministry is responsible for Shopping malls like this because of potential for staff and security that patrol or use the parking garage.

A letter was sent to Cornwall Council earlier this week which CFN has received a copy of.

Please accept this correspondence as notice to the governance and administration of the City of Cornwall, that the condition of the Redcliff Realty owned Cornwall Square multi-level parking garage (including attached and adjacent pedestrian walkways), is unacceptable, and the failing structure(s) are reasonably viewed as a threat to public safety and personal property.

1.       I request that the City of Cornwall take action to have vehicle and pedestrian access to the Cornwall Square multi-storied parking garage and adjacent walkways terminated immediately.

2.       I further request that access to the structure(s) by any person be forbidden unless; as part of an investigation by municipal and provincial authorities; by authorized and qualified engineers; by persons approved (and safely able) to carry out remediation or demolition of the structure(s).

The urgency of the situation is plain to see; disintegration of the structure’s concrete and steel reinforcement is clearly visible, and will accelerate with seasonal freeze/thaw action and the salts and chemicals used for snow/ice control. Current activities that include installation of jack-posts and traffic obstructions, are unsatisfactory and may add to the hazard.

Provincial authorities and the general public are also being advised of this matter, and may be of encouragement to you in correcting this ‟accident waiting to happen”. CFN spoke with Triovest CEO Kim McInnes yesterday who promised us a call back from their spokesperson, but none has arrived as of press time. The troubled mall’s anchor tenant is Sears Canada that just announced another series of lay offs and there were rumors that the current No Frills store would be leaving as No Frills just launched a brand new store in the East Court Mall.

With the City granting a whopping $3.5 million dollars in perks to Smart Centres to build a massive new facility at 7th & Cumberland could the days of Cornwall Square be numbered as it’s a hot location for Waterfront view condo development?

Cornwall Square was built in 1979 destroying most of the picturesque Horowitz Park named after its first mayor Aaron Horowitz.

Back in 2012, the Cornwall Square parking structure showed signs of deterioration, with cracks, missing concrete, rust stains, and
widespread penetration of moisture into the concrete (revealed in a crazed moisture pattern on its surface).

Structural reinforcement has increased continually over the following  months until now there are jack-posts all along the southern edge of the structure inside and out, with additional jack-posts under the pedestrian walkways leading to the Cornwall Square shopping mall.

A reasonable person might draw the conclusion that the structure is not simply in disrepair, but is actually unsound. The reinforcement work, and barriers to protect the jack-posts, are constricting ingress and egress to the shopping mall, and threaten to become barriers to emergency vehicles and/or evacuation.

In short, it appears “an accident waiting to happen”.

Inquiries to two city departments on November 22, 2013, shone little light on the situation, except to say that the owner of the property was responsible for inspections and ensuring integrity of the structure;  which seems preposterous given its status as a “public place”.

When contacted, also on November 22, 2013, the provincial Ministry of Health and Safety suggested that the Ministry of Labour would be the authority to consult. The Ministry of Labour was advised of the situation on the same day, and has assigned an engineer to investigate – starting with a visit to the site, and a meeting with representatives of the Cornwall Square owners commencing this week.

The Ministry of Labour has been front and centre in the inquiry into the collapse of the Algo Centre Mall collapse in Elliot Lake.

What do you think CFN viewers?   Are the days of Cornwall Square numbered?  Will the escalators stay working through the holidays and did they get that urine smell out of the elevators?   You can post your comment below?

PIES, Another viewer sent in some pics that they took. CFN spoke to the Ministry of Labor’s media guy Matt Blager who confirmed that there is an investigation from his department to ensure the safety of workers.   He also said it is now in the hands of the City of Cornwall.   Calls to CAO Norm Levac & Stephen Alexander were not returned this afternoon.