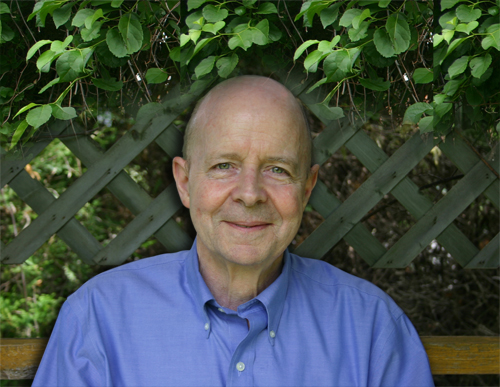 CFN – How We Lead covers past, present, and future, “we” being Canada as a whole— citizens, businesses, corporations, NGOs and “not just governments,” Clark insists. And, importantly, Canada’s reputation in the world.

What kind of leadership, he asks, have we shown in a changing world over the past century up until today? And how could we lead tomorrow?

Clark is well equipped to address these questions. Former Prime Minister, Secretary of State for External Affairs (1984-91), minister responsible for constitutional affairs (1991-93), and leader of the Progressive Conservative party of Canada. As well, he happens to be a thoroughly decent and caring human being, who continues to contribute actively in retirement. Currently he is vice-chairman of the Global Leadership Foundation (a forum for offering advice to today’s leaders). While his focus is primarily international, he emphasises that “what Canada does in the world is intimately related to who we are at home.”

In two World Wars, he notes, Canada won her spurs as a nation with “hard power”—as a formidable fighting force with considerable military assets—and a seat at the table of the mighty. In the years immediately following the Second World War, Canada was closely involved in the building of international institutions such as the UN, the IMF, the GATT, NATO and the Commonwealth of Nations that would “shape the rest of the century.” Among Canadians who had a direct hand in their formation were John Humphrey in drafting the UN’s Universal Declaration of Human Rights; Louis St.Laurent in drafting the document which reshaped the British empire into the Commonwealth of Nations; and Lester Pearson, then with NATO, in famously helping to broker a resolution of the Suez Crisis in 1956.

In other words, as the Cold War settled in and transfixed and realigned the world into a face-off between superpowers and their respective satellites and allies, Canada, with her diverse population of immigrants and founding peoples, turned her multilateral experience and skills to the “soft power” of diplomacy, encouraging partnerships, co-operation and peacekeeping. With Lester Pearson’s success over Suez, Canada consolidated her standing as a leader in soft power, respected around the world.

Successive governments—whether Liberal or Progressive Conservative—carried on the Pearsonian tradition of international diplomacy. Thus, on Clark’s watch at External Affairs, Canada welcomed Vietnam’s “boat people” while other countries turned away; intervened to bring relief to Ethiopia suffering drought and famine in 1984; and kept our embassy open in South Africa as a gesture to help facilitate the end of apartheid, at a time when other countries such as Britain and the US were leaving. (Clark’s colleague and current chair of the Global Leadership Foundation is none other than F.W. de Klerk, South Africa’s president who helped to pilot the end of apartheid.)

“In the six decades after the end of the Second World War,” Clark writes, “ this country’s international policy was Canadian, not partisan.”

It’s a telling statement. Six decades after 1945 take us to 2006, when Stephen Harper’s Reform-Alliance Conservative government took office. Ever since, Canada has systematically disengaged from “soft power” and narrowed its focus to “hard power” (military and trade). Whether it’s failing to care for the environment or address climate change, failing to show up at the UN, failing to sign on to the UN Convention to Combat Desertification, opting out of peacekeeping, co-opting CIDA and international development as mechanisms for trade, pulling out of Tehran, or aggravating Middle East tensions by ostentatiously siding with Israel at every opportunity—the list is much longer—Canada, once a leader in international diplomacy is increasingly viewed with bafflement and dismay as a no-show, an unreliable partner, an obstructive dead weight.

Clark, a gentle man, is not gentle with Harper or his government. He characterizes its foreign-policy actions as “unusually assertive in its dramatic gestures and declarations,” but short on “initiatives to actually resolve critical problems. . . . Canada now talks more than we act, and our tone is almost adolescent.” He cites Harper as the lone “renegade” at the 2011 G8 Summit in denying consensus to an Israeli-Palestinian resolution. As well—no surprise—Canada’s abysmal failures at successive international conferences on climate change. And he mocks Harper for stating at a meeting of La Francophonie that summits of major organizations should be held “only in countries with democratic standards”—as if authoritarian regimes can become democracies overnight.

At home, Harper is no better. “This notoriously controlling prime minister,” Clark writes, silences or bypasses debate on important issues, and has a “preference for bilateral discussion where, by definition, the number of factors and actors is limited and easier to predict, if not control.” A likely reason, Clark believes, for Harper’s avoidance of federal-provincial conferences and co-operation “which have been key to critical Canadian accomplishments—from healthcare to the free trade agreement, the environmental roundtable to the Kelowna Accord.”

In fairness, Clark does commend Harper for reversing course on dealing with China. In 2006, Harper boldly declared on no account would Canada “sell out human rights to the almighty dollar.” In 2011, the Chinese president congratulated Harper on coming to China to talk trade, while chiding him for taking five years to do so. (Now, the Harper government, with its perennial cuts, “economic action plans” and obsessive propaganda on oil and trade, seems content to sell out practically everything to the not-so-almighty dollar—including Canadians’ birthright to a clean and healthy environment.)

At the beginning of How We Lead, Clark quotes the British economist Barbara Ward writing in Canadian Forum in 1968, “Of all the middle powers, Canada has the greatest resources, the most central position, the finest web of contacts and influence, and, relatively speaking, the highest proportion of experts. . . of any nation in the world. . . . A Canada prepared to pioneer with lucidity and daring the role of the first ‘international nation’ in history would not only have an immense impact on its fellow states. It might also transform its own political life.” (Note the date: 1968, the year following Expo 67 when Canada was riding high and welcoming the world.)

Clark’s book takes up Barbara Ward’s challenge. Looking ahead, he sees a bright future for Canada once again as a middle power in a globalized world subdividing itself into regions and without obvious superpowers. It’s a question of marshalling and contributing our assets and resources in diplomacy and multilateralism, of partnering with NGOs and creating common ground with other countries to foster international co-operation, fairness, support of human rights, and ways to end poverty. All of which we can do, once, the whole thrust of his book implies, we move past the deadening weight of partisanship and act again as Canadians. PJ Robertson has reviewed extensively for The Globe and Mail, the Ottawa Citizen, and the Kingston Whig-Standard.

Joe Clark’s new book How We Lead: Canada in a Century of Change (Random House Canada, 273 pages) Reviewed by PJ Robertson added by admin on December 1, 2013
View all posts by admin →

11 Responses to "Joe Clark’s new book How We Lead: Canada in a Century of Change (Random House Canada, 273 pages) Reviewed by PJ Robertson"