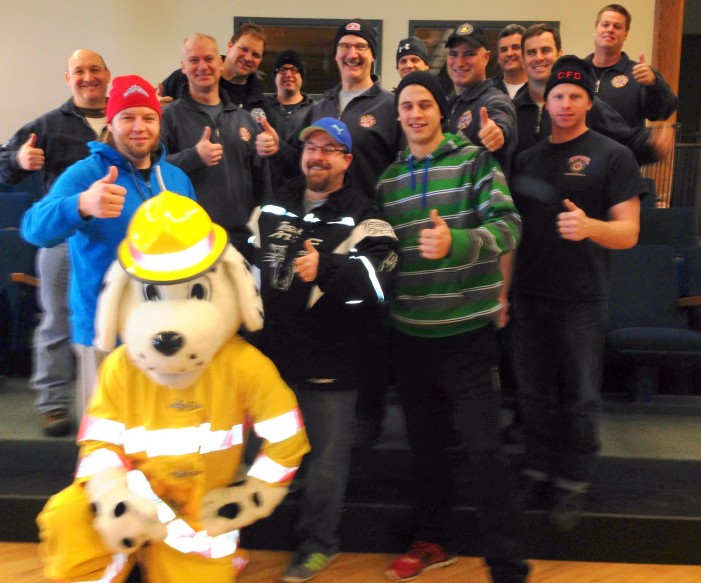 Cornwall Ontario – The River Kings will be holding a Teddy Bear toss next Saturday, Dec. 21 when Cornwall hosts Riviere-du-Loup at the Civic Complex.

Members of the Cornwall Professional Fire Fighter’s Association will be on hand for the Sparky’s Toy Drive Teddy Bear Toss.

“There is no better feeling than the feeling of giving at Christmas,” said River Kings co-owner David Small.

Fans are asked to bring a new or gently used Teddy Bear to the game. When the River Kings score their first goal of the contest, the bears will be tossed onto the ice.

“Cornwall is known for its generosity,” said Small. “We have no doubt the community will come together for this neat charity event.”

In other Kings news, the team will be hosting a fundraiser on Wednesday, Dec. 18 at Shoeless Joe’s. General manager Al Wagar, along with Steve Proulx, will be stringing out tunes from 7-11 p.m. There will be silent auctions and prizes.

Several River Kings players will also be in attendance, including Sasha Pokulok, who will have his 2006 World Junior Championship Gold Medal and ring on display for fans from 7:30-9 p.m.

In other River Kings news

The River Kings will have a new goaltender between the pipes tonight.   The team has come to terms with netminder Paul Bourbeau, who is expected to get the start in Riviere-du-Loup, when the Kings take on the 3L in LNAH action.

The 21-year-old Bourbeau suited up in 39 games last season for a powerful Longueuil squad of the Quebec AAA Junior Hockey League.

All-star goaltender Loic Lacasse has started all 16 games for Cornwall this season. Lacasse is 7-7-2 with a 3.32 goals against average and .909 save percentage.

Cornwall is back in action tomorrow night, when it plays host to the Jonquiere Marquis. Game time at the Civic Complex is 7:30 p.m.