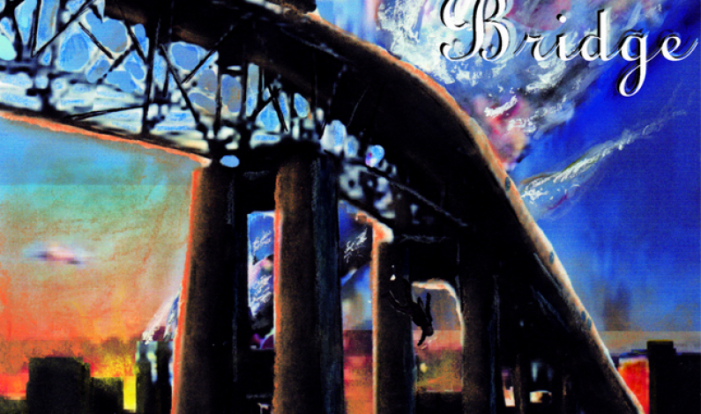 “You have the right to remain silent.”   Those were the words that school teacher Bill Marcie kept hearing again and again.

He was in shock.  For over 30 years he had taught music and now here is was locked in a cage; his whole world changed forever.

He was now in a cage, like an animal.   He had never been arrested, and never been in trouble in his life.  He was after all, a music teacher who had enriched thousands of kids lives.

And now because of this woman his life was changed.   It was the 70’s and the world wasn’t as jaded.   She was a loud and shy girl at the same time; coarse, poor, not the brightest, and now for some reason she had told the police that he had done unspeakable things to her.   Why?  It made no sense?   The thoughts poured, non nonsensical, racing through his brain and in the back of his thoughts he heard music, a classical theme sound tracking his nightmare.  Why now?  Why all these years later?

Rainy Rivette was reading the news.    She watched as the story scrolled and started reading the police speak on the local rag.   She read Bill Marcie’s name and nearly smiled.   She desperately needed money or she herself would be going to jail.

She had swindled family and friends out of thousands of dollars supposedly to record a Kids Country album at the local recording studio; but instead spent a week non stop over at the Casino in Akwesasne.    She had spent over $20,000 and had no answers other than a bad country song that she was still struggling with the lyrics to.

Truth is that while she had a clear enough voice she was no looker and wasn’t that good a performer.    She loved the spotlight though, and after a set a friend had told her about   how people could just read about stories in the newspaper and put together a claim.    Then all you’d have to do is go to the police and victims services, and you could end up with a huge cheque.

It was usually Priests or Teachers, and the first name that popped into her head was Mr. Marcie.    He was weird and always smelled funny from that funky cologne he wore, and funny cigarettes he smoked.

There had always been rumblings about Mr. Marcie, but he’d been married.  People talk in a small town and most of the time it just fritters into space.   Now people were sitting drinking coffee and remembering bits and pieces that they deduced to be clues; but it was mostly just people talking the way people do.

Fuzzy sat in his office also reading the papers.  It was good to have something distract the public from the Corruption scandal the mayor was facing.   In fact when he’d heard about the charges he had the Crown wait two weeks until the Budget meetings started especially to distract the public who always preferred angry lynch mob stories to the mundane number crunching of the city budget.   It wasn’t that hard with the mayor’s son and brother in law on the police force.    He could easily jam through another percent tax increase while the public was after blood.

The first thing Bill Marcie noticed was the bright sunshine.  He’d only been held a few days, but they had been the longest days of his life.   He was still in shock; his wife saying nothing as his lawyer, Gordon Gordon, held his elbow and tried to  lead him to the parking lot.

Then the rush.   A handful of cameras started to flash and questions started to fly.   Bill felt his lawyer thrusting him forward as they pushed their way through.   The name calling started from some of the crowd piercing through the fog clouding Bill’s mind.  Each name dug its way home and he caught a glimpse of his wife’s face.

And then the door to the van was open and they were pushed in.  His lawyer, a grizzled old veteran in criminal law with a gambling addiction and four ex wives smacked the roof of the van to get the driver going.   Bill heard the diffused voices and watched the angry faces fade as the van sped up.

“Do you have any comment?   How many other charges were brought against Bill?  What will your defense be? ” The questions were coming fast and furious from the media; but Gordon just kept repeating “no comment at this time” and pushed towards his way back into the courthouse.

It would be a long day and longer trial.

Dirty Town Under a Crooked Bridge is fiction.  Any resemblance to any character is coincidental.   To check out other excerpts of Dirty Town click HERE.

Please support Independent Media by clicking the banner below and subscribing to CFN.

For as little as $25 per year you can help us continue to grow and serve you, our amazing viewers!

Dirty Town Under a Crooked Bridge by Jamie Gilcig – Shocking Allegations Excerpt added by admin on February 6, 2014
View all posts by admin →