The Art of Everything By Mary Anne Pankhurst An Interview with B.C. Songwriter and Outlaw Rock and Roller, Chris Andres, of Cottonmouth Jones 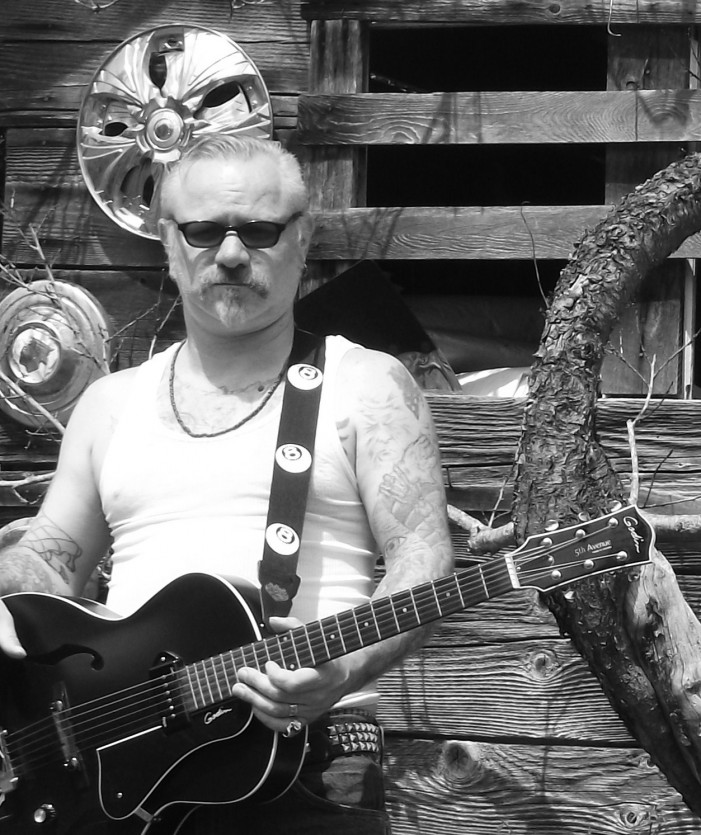 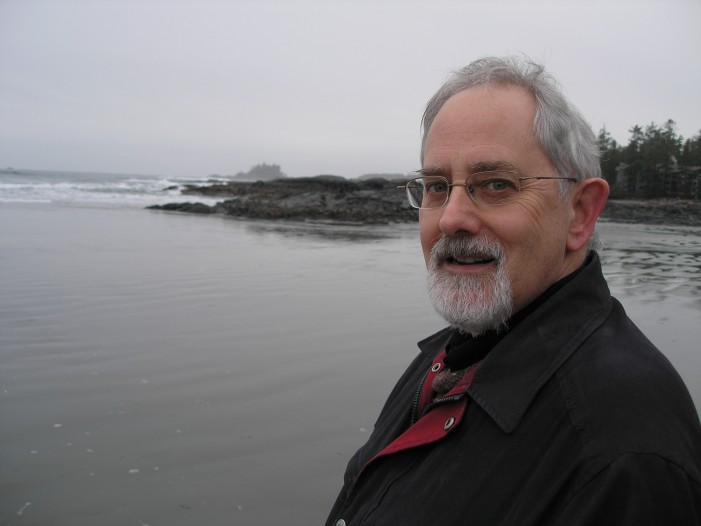 Songwriter, guitar man and outlaw rock and roller Chris Andres, laughs a little when he tells me that after writing 500 songs over 30 years in the biz that:

“Everybody has ‘one’ great song in them.  The rest is work.”

But just below the surface of that wit, musicality and outlaw rocker “look,” is the family man, private man, chopper of firewood, hobby farmer and volunteer for people with special needs.   All choices Chris says he makes because he remembers what it was like to grow up in a fractured family.  And why – after playing in bars since age 14 – he took time out from performing when his kids needed him most, then returned after forming his band Cottonmouth Jones 10 years ago.

Recently, the band has been getting a lot of attention for a song called Wooden Overcoat, a title that sounds heavy but was actually inspired by lightness; a joke that goes loosely:  So these two guys are drinkin’ at the bar and one says to the other:  “Man, look at those two losers over there,” at the very moment they simultaneously realize it’s a reflection of themselves in a mirror.

“It’s a somber title on a dark joke for the middle part of life when you start taking stock and making the most of the songs.”

During the time when Wooden Overcoat started getting lots of airplay on radio, Chris says his phone rang off the hook, and one of those calls was from Vancouver Island-based lyricist, Steve Felson, who had written words for a song called Destiny.

“Starting a song from lyrics is a rarity for me, says Chris, “but I was emotionally hooked by Steve’s reference to Townes Van Zandt.  After deconstructing the lyrics, the song came naturally.  It kind of wrote itself.”

Of course, much has been documented about Van Zandt’s life, influence, poetry and music; songs held emotionally close by millions of fans and covered by greats from Dylan, to Willie Nelson, Steve Earle, Emmylou Harris, Norah Jones, Cowboy Junkies and Robert Plant, to name a few.

But there also seems to be a link to Chris’s characterization of what outlaw rock is all about.  In essence, he means he doesn’t limit himself to any particular style of music, nor is he restricted by any ‘laws’ of the music industry.

“I colour outside the lines.”

And in terms of what Chris has to say about Townes, he says Van Zandt was the first songwriter he ever related to because Townes never wrote in any one style.  He crossed genres effortlessly from country to rock, blues and everything in between.  But Chris adds that Townes was a wounded soul so his words carry more weight than most songwriters could ever dream of.

“Deep internal pain is the thread I feel a lot of great writers share, unfortunately.”

Here are the lyrics for Wooden Overcoat.

And those tracks that I’m chasing don’t need no erasing
It’s a clear path to the places I have been
And those ghosts that haunt me,tease and taunt me
To be the man I had once been

One Response to "The Art of Everything By Mary Anne Pankhurst An Interview with B.C. Songwriter and Outlaw Rock and Roller, Chris Andres, of Cottonmouth Jones"