Faces of Hate in Cornwall Ontario & SD&G by Jamie Gilcig 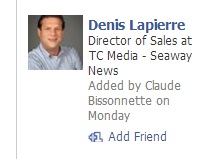 CORNWALL Ontario –  Since my political smear involving my being charged by Cornwall Police Services, and my announcing my candidacy for Mayor I’ve seen a tremendous amount of frankly, hate. A small group of people started a boycott page against CFN on social media.  They plunked people into the group.  That’s how I discovered it myself as they added me as a joke.   But things got quite ugly and I left right away as I certainly wasn’t going to give them any legitimacy, and frankly you never argue with a mob, or crazy people, or a mob of crazy people. There was no rational.  It was just digging and looking for blood. Cornwall City Councilor David Murphy was there.  Now it’s no secret that Mr. Murphy has boycotted CFN since day one whether via Benson’s , the City, or now with MPP Jim McDonell’s office.  However when contacted to verify, Mr. Murphy immediately removed himself from the group.  He however refused to issue a statement.  After all while he may not like CFN we are a local business and he is supposed to represent local interests as a city councilor. Dave is pictured with one Vanessa Regnier.  More about Ms Regnier later.  (and no, I will not bring up those rumors….) Who added Ms Regnier to the hate group; which her boyfriend Nicholas MacNaughton who works at CIBC has actually posted in; but Guy St. Jean of Neo Vintage Furniture who is …running for council.  I kid  you not. Only the people in the group which was started by one Kevin Dockery whose claim to fame I believe was that I blocked him on Facebook because he was….well nasty.   I’m not big on wasting time on this planet.  It’s always easier to block than debate, not because I’m afraid to debate; simply because it’s a waste of time if not for a reason.  I really don’t need to practice on monkeys.

I sent a few messages to Mr. St. Jean including one today; but he chose not to respond.   Only he  can answer for his actions which I’m sure he’ll have to once the campaigns really heat up. And of course Deputy Mayor of South Stormont, Ms Tammy Hart was there to embarrass her community that CFN has a terrific relationship with.   I was at a special council meeting tonight as a group of medical professionals want to sell their building to their young and talented pharmacist and build a new larger health centre.

Ms Hart was the sole vote of dissent in what could have cancelled a near $1.5M project in her community.   Before the meeting started I asked her about her being in the boycott group.

Ms Hart has announced that she’s running again for Deputy Mayor.  Frankly from what I’m hearing she won’t be winning in 2014.

There are more I can list; but frankly I think they’d enjoy me naming them, so I won’t.

Hate is a funny thing.  It holds communities back.  It hurts innocent people caught in the middle like a dear friend and client I lost because frankly, she was afraid to tell the truth, and that’s what bullies do.

I want to change that, but I’m one single person who isn’t that strong and mighty.

This year I’m losing a bunch of friends who have had enough and are moving away from Cornwall.   As we get a trickle of Quebecer’s feeling the circus that is Quebec; people in Cornwall are fleeing for many of the same reasons.

As we were sharing in a phone conversation today; I may not win this election.  I may finally get fed up with the bs here in this city and leave myself; but come October   2014 things will be different and my friends that means I’ve won.  Some have said I’ve already won as they have never seen as much election talk this far out of the vote.

Be the change.  I dare you.

And remember we don’t have to let the petty monsters be anything other than petty monsters.   Shine lights on them. It’s like sunlight to a vampire; trust me!

Faces of Hate in Cornwall Ontario & SD&G by Jamie Gilcig added by admin on March 3, 2014
View all posts by admin →