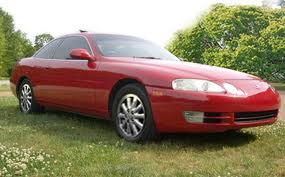 CFN – So I was chatting with a local car dealer today.   I think if it wasn’t for the BS of the Mayor’s near three year boycott of CFN, and all of the tentacles connected to it that we’d be friends.  We chat frequently and today I tortured the poor man.

I offered him a $1,000 banner ad for one month for $1.   We both laughed as he knows I do this every once in awhile to out those that participate in the boycott.     He’s also after my vintage and very very rare 1993 Lexus 400SC, and we’ve talked about swapping for a good used car as my ex wife’s work vehicle was serviced at his dealership and I know the quality of their work.

He voiced the words that he was worried that he might lose a few clients if he took that $1 ad.    I have to admit that he might, but I think he’d gain more.   He might even gain more customers than he might lose; but what he’d actually gain is showing others that he’s an actual bright independent business person who doesn’t follow the pack, but makes decisions based on facts, and numbers.  That he’s his own person who shows leadership in the community and won’t cow tow to some petty schnooks….

His head space is more common in small towns; but Cornwall isn’t a small town.  It’s a city of nearly 50,000 people.

Same thing with my bank.  CFN is the only locally owned media corporation.   We bank locally at a Credit Union that tries to brag about being local and how important it is to keep money local.  Yet they refuse to purchase an ad with us.  I questioned the CEO last Friday and he tried to spin some numbers, but I asked him point blank that don’t banks work with numbers and go by hard evidence?  And that  forgetting that CFN and my own personal account are members, shouldn’t the fact that we have a higher rate of viewership; offer more value, and better reach be reason enough to warrant some of the Credit Union’s business?

He didn’t have a professional answer for that because frankly there is none.   But I did check the Board of Directors and there were two gentleman from Agencies that either have hates on for  CFN or boycott us.   Are their personal issues with myself and CFN having them choose non business reasons and not serving the interests of the Credit Union membership?  That’s pretty unprofessional no matter how you cut it.  Should they be on a board of directors and behave that way?

This isn’t unique here in Cornwall.   There is such fear and petty hatred from the boycott that some businesses are afraid to have us do a feature story on them even.    Any business with a connection to City Hall or an agency  connected to a clique member treads carefully.

Denis Thibault, a city Councilor alleged to be the architect of the boycott sits as head of the Eastern Ontario Training Board.  We should be able to access his agency for business; but he doesn’t return emails addressed to him at the Training Board.

He does advertise heavily in the TC Media Seaway News.   He does have a column there, and he does in fact have the Seaway News Editor’s wife working for him.    Now is that not a bit conflicted?  A staffer at Le Journal shared that former writer Greg Kielec was let go because the city sent a message to le Journal  over his coverage of the scandals at City Hall.   In fact Mr. Thibault’s advertising in that chain for the EOTB might be charted by their coverage during Mr. Kielec’s stories and after he was let go.   The EOTB also advertises in some of Le Journal’s owners other newspapers in the region.

After he left the newspaper hired a city councilor to sell ads for them and lo and behold the taps seem to have been turned back on with the City purchasing new ads?

We have had clients who allegedly were told that if they wanted a permit from the city to kill their advertising with us.  We have had others threatened and bullied.  We’ve had contractors bullied.   One of our current helpers said straight out if their employer found out they worked with us they’d lose their job.

And of course the common theme was that none of them would issue a statement or out who leaned on them for fear of retaliation, and frankly I can’t blame them as these are their livelihoods, and families.   They’re just trying to make a living and do their own thing and that’s one of the factors in  why we have so many empty storefronts in Cornwall.  The clique isn’t that big and they can’t support themselves, but what they don’t get is that people don’t just spend money because you tell them to.   And if you drive away people like me and others you just end up with a small area that doesn’t have the horse power to attract masses. You need diversity.  Killing it isn’t healthy.

What all this nonsense does is a create division in the community.    It creates fear, frustration.  It holds back commerce as the alternate media here is much more expensive, and of course it keeps us from hiring staff and expanding our foot print in Cornwall as there are so many hours in the day and if I have do the work of four people (as Claude McIntosh makes fun of)  instead of one or two then I can’t be working on certain projects or stories, or sometimes there simply aren’t resources to properly cover them.

In spite this utter nonsense CFN has maintained our grip on being the most read media in Cornwall, and we keep growing our audience.  Frankly my focus is always on content and building our audience, usually at the sacrifice of sales and selling ads as it seems just about anyone we hire to sell ads for us gets bullied and abused if they happen to hit a clique business.

As for that car dealer I have a hunch one day they’ll buy an ad from us.  I’m sure if they themselves weren’t afraid of the boycott’s tentacles that they’d have grabbed it today.  I could see it all over his face.  His sales manager even kept asking what the hook was?  There wasn’t any hook. It was a test of the dealer’s testicular fortitude and integrity.

This is what Cornwall is today.  The big question is what will Cornwall be tomorrow and if you wish to advertise or support CFN feel free to email me at jamie@cornwallfreenews.com  or you can phone at 855 444 1133.

If you value CFN and truly Independent media please subscribe.

For as little as $25 per year you can support our community and help us grow!

And the first business to read this and contact us can have the dealerships ad with no hooks!

$1 for one month of a sky scraper ad like our Subscription banner above!

The Divisive Nature of Boycotts and How they Destruct a Community by Jamie Gilcig added by admin on March 11, 2014
View all posts by admin →