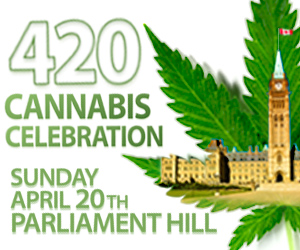 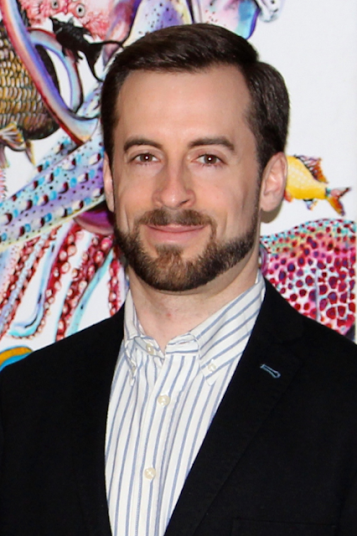 CFN – Claude Galipeau is one busy dude as he and his team work this week for that yearly event in Ottawa; 420.  This year the event features musical headlines as it becomes an institution in Ottawa as it is in many locales around the world.

So how many years has 420 occurred on the Hill?

420 celebrations on Parliament Hill have been going on for over a decade. Up until three years ago it was a very organic event with little or no actual organization. People always have gravitated to the Parliament Hill on 420.

Except now thanks to a solid group of dedicated volunteers and our sponsors, these past three years have shown an incredible evolution to what people can expect on 420 in Ottawa. Ottawa has responded by breaking attendance records year after year.

So what’s new for 420 this year and is it a bonus that it’s on a Sunday this year?

This year will have many new features never before seen at Ottawa 420 on Parliament Hill. There will be a much more festive vibe. We have a lot planned from having a postcard petition drive being distributed and delivered to our Federal MP’s to Green Goddesses and a beautiful set of musical groups to entertain the festival goers.

The beautiful and hilarious, Precious Chong is also coming back to MC for a second time. There’s so much more fun ideas to mention although there’s some things people will just have to be there to experience.

So is 420 becoming less political?  And how does the Colorado & Washington State decisions impact us here in Canada?

If anything it’s becoming more political. More politically accepted! The failed notions of prohibition has been exposed for what they are. Prohibition has benefited organized crime, ripped families apart, taken away the only medicine that works from patients, wasted billions in taxes, places teenage drug dealers in our schools, etc.

Now it’s up to every Canadian to put pressure on our decision-makers so that they feel confident and supported in making the right decision to repeal cannabis prohibition and install a legally regulated framework. The benefits are very similar to when alcohol prohibition was repealed. It reduced crime, reduced enforcement and judiciary costs, increased available public revenue and with cannabis as a medicine will massively reduce the suffering of our aging population.

Are you expecting Justin Trudeau at the event this year?

or any other politicians?

Last year we saw a few MP’s in attendance however only as observers. It’s still very exciting to consider that it’s likely their first time at a 420 celebration. This year, we will all see this April 20th if they will have the courage to address the crowd with a positive message about this beautiful albeit misunderstood flower and its benefits for Canadians and the Canadian economy alike.

So for newcomers what will they see if they attend 420?

Newcomers can expect to see a lot. They will see a lot of people, lots of live music and if the history repeats itself, also a lot of cannabis and cannabis infused products. In essence, a large crowd of happy people just out to enjoy the afternoon while making a statement about the cannabis policy and where it has to go.

Isn’t this the first year you have musical headliners at 420?

Indeed! The musical talent this year is going to be awesome. We have so many bands coming from Los Mosquitos to Lindy and a lot in between. I strongly recommend attendees to check out all out performers on YouTube and discover some great music.

So are there any rules or guide lines for the public at 420 as if I recall correctly there’s never been an issue with police in its history?

Essentially the same rules that would apply in society whether it be at the hospital, bank or 420.

Principally, no littering, no alcohol or aggressive behaviour.

We want people to have a great time and be courteous and thoughtful of others during the celebration. The RCMP will be there to ensure a safe environment and if required address any issues.

As a volunteer of this event for the past three years, I can say with confidence that we have a very good rapport with the RCMP on Parliament Hill and commend them for the way they handle 420 in Ottawa.

I’ve been there myself and have always been impressed at the openness of the event and the atmosphere.

Do you see a time in the near future where Marijuana will be legal and legislated like we do Alcohol?
Claude Galipeau

There’s a lot of support on the law enforcement side of things. Even if they can’t speak out publicly about it. We saw what happened to Cpl. Ron Francis when he spoke out.

It’s a fascinating question as many believed in the 60’s and 70’s they would see it happen in their lifetime and sadly did not.

Cannabis policy will be a major election issue during the next general election in October 2015.

While today’s political landscape is vastly different and encouraging we cannot rest or take anything for granted until cannabis is made legal within a regulated framework.

Final question. When Marijuana is eventually legalized in Canada what will happen to 420 in Ottawa?

420 is the numerical term for cannabis culture. It’s been around for a long time and will continue to grow and evolve.

Without speculating too much it’s safe to say the event on parliament hill will go on and continually increase regardless of policy changes, in terms of attendance and corporate sponsorships.

The cannabis industry is already worth billions and already is a major economic driver despite its illegal status. Once it’s no longer unjustly criminalized it’ll be worth even more and begin to serve as a benefit to the Canadian economy.

Who knows, perhaps healthy and nutrition-packed cannabis (hemp) will one day even be added to the Canadian Food Guide.