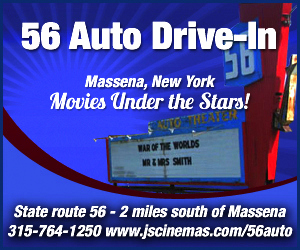 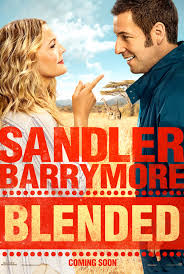 MASSENA NY – Theatre’s are a passion for Jeff Szot of JS Cinemas.   He and his team have just seen the 56 Drive In join the digital age with a State of the Art NEC Digital projection system installed.

The investment; near $100,000 by the time that it’s done, will ensure that families of film lovers will be able to see first run movies at the venerable drive in!

The Drive In has been around since 1955 with Szot entering the scene in the 80’s.   It’s now 2014 and will be adding events as well as movies via digital projection!

Drive Ins are coming back strong with the value and flexibility offered to the public.

Jeff has also noticed a big increase in movie lovers from Canada and plans a promotion this year to thank we Canucks!

You can bring your own lawn chair, and your dog even (although it should always be on its leash!)

Mr. Szot also owns the indoor screens; the Massena Movieplex , the Roxy in Potsdam and American Theatre in Canton.

The first double feature to be shown at the 56 Drive In digitally are: And the popcorn is …..AMAZING!