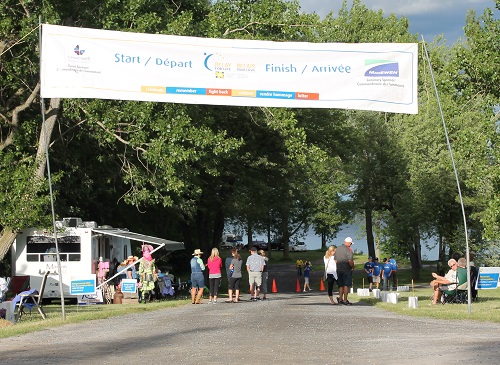 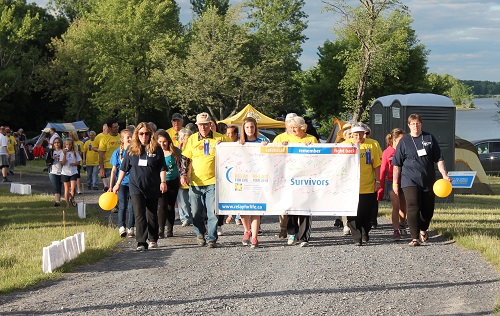 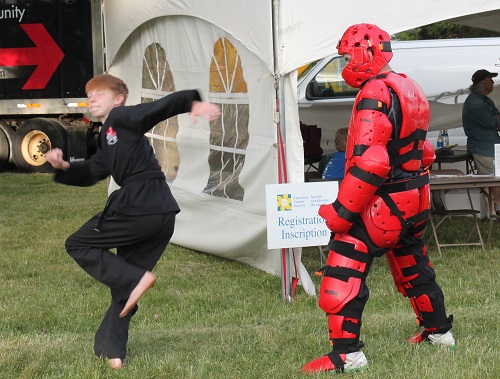 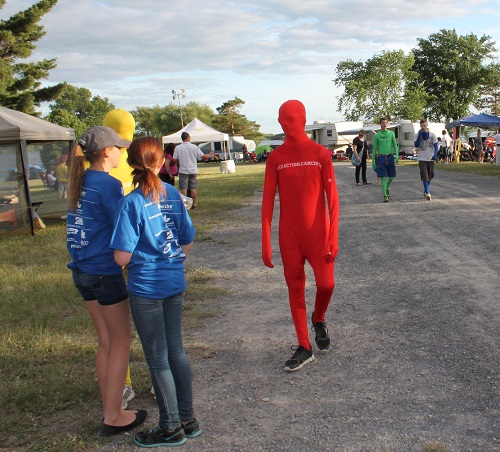 Ingleside – It was a great night for the Relay for Life cancer fund raiser in Farran’s Park last night. The weather co-operated in providing optimum conditions for the event and there were plenty of fundraisers walking the course.

Thirty five teams with an average of 10 members each were registered for the walk and about  100 survivors. There were about 100 volunteers to help the event run smoothly.

Opening ceremony kicked off the event at 7 PM with a rendition of O Canada, the sponsors speeches and the traditional survivors walk. Mayor Bryan McGillis was present on stage with his band and Councillors Cindy Woods and Richard Waldroff were spotted in the crowd. Deputy Mayor candidate Ray Beauregard was present as well and setting a good pace around the track. People helped celebrate the event in a number of ways. There were demonstrations and colourful clothing. The amount of money raised by this event has not been totaled yet but should be available in the near future.

Relay for Life at Farran’s Park in Ingleside a Real Celebration by Reg Coffey added by admin on June 21, 2014
View all posts by admin →