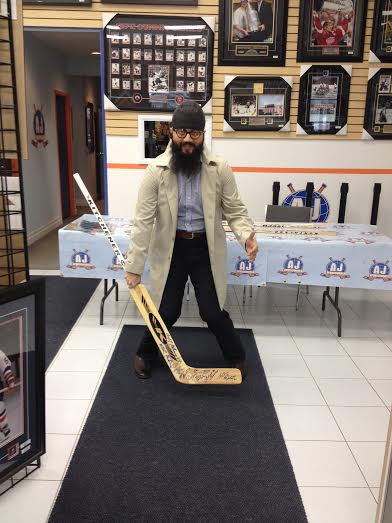 What’s particularly heinous about Neil Shah is that most of his frauds were committed after he was first arrested.

Shah was sentenced to 5 and 1/2 years; but had already served 11 months.

Shah might have remained free on bail but Dorval noted the majority of his frauds took place after he’d been arrested and released on conditions.

“There is very little that is mitigating in this case,” Dorval said.

Shah — an educated man from an honourable family — was remarkably industrious.

One victim, who worked for Shah, described a very expensive lifestyle including the use of high end prostitutes and the purchasing of expensive hockey memorabilia.

Mr. Shah who was convicted of over $2,000,000 in fraud; has had the proceeds of a home given to his victims and they still are waiting for possible proceeds from the liquidation of the sports memorabilia.  Mr. Shah allegedly had applied for day parole where he was to work at part time jobs including his father’s medical practice and a Mercedes auto dealership.

One of his victims, a Cornwall family, lost their retirement savings and ended up losing their home.   They had trusted Neil Shah because his father, Dr. Nat Shah, was their own physician.

If you were one of his sixteen known victims and wish to be interviewed for our follow up story please email info@cornwallfreenews.com or call 855 444 1133