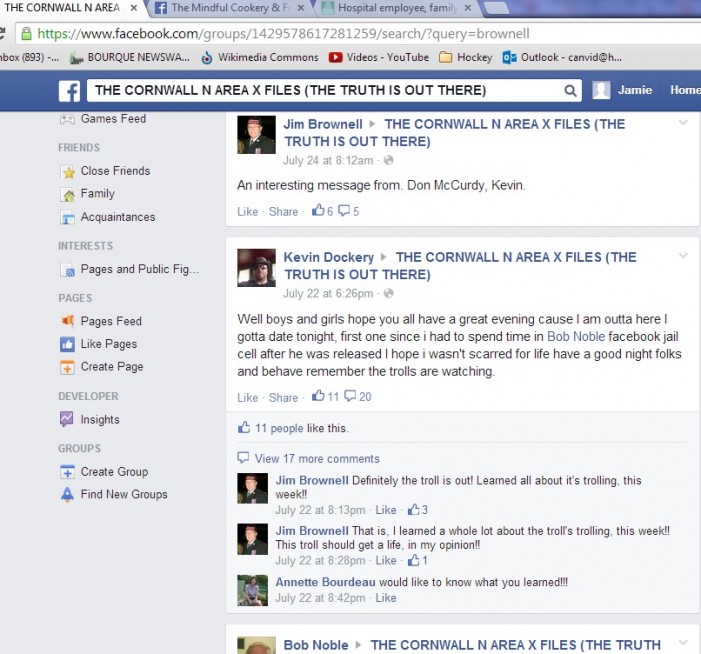 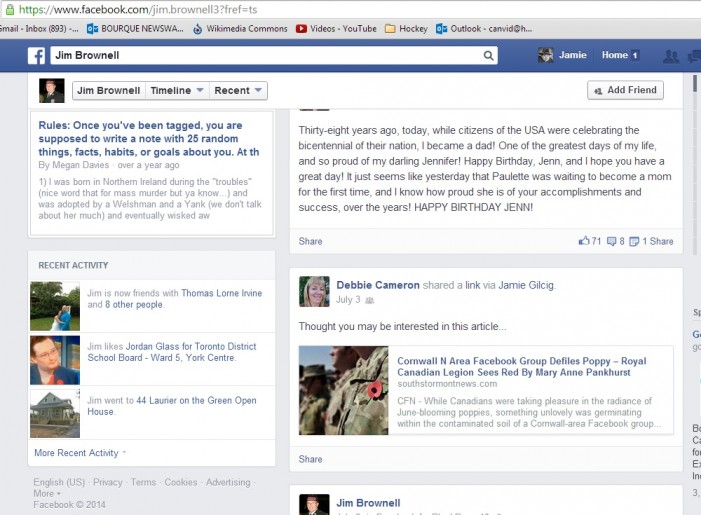 CFN – Cornwall isn’t ready for change.  At least not this election.   My core pillar of changing the culture of Cornwall is the most important issue facing our city as it’s how we conduct ourselves.

While there’s a surface veneer of “nice” there’s a nasty darkness that probably is left from the old Domtar and Mill days.

When I was fired, wrongfully (and documented) from my first job in the area and the bad guy (MP Guy Lauzon) was confronted it was stated that there was stealing going on at the Habit for Humanity facility that I was marketing manager.

There was.  I caught a board member.   That person is still there.

At Glen Stor Dun Lodge the person that committed the actual Elder Abuse was still there last I checked yet Diane Shay is long gone and another whistle blower also suffered.

Does that make sense?   The common theme is don’t fuss or you’ll get it.   I’ve actually watched one knuckle dragger actually attack a bullying victim for speaking up.

Now this happens everywhere to varying degrees, but generally the “Good people” take measures to remedy or neutralize such thugs.   Sadly not so much in Cornwall. Even Jim Brownell who is getting a lot of help covering up his support of someone who defaced the poppy while posting in a now underground hate group on facebook while using as a profile pic of  himself dressed in his Honorary Lt Col of the Glens garb. It gets that insane.  More cover ups.   Instead of being asked to to the right thing and resign the Glens and others are actually covering it up.   Does that make sense?  Our story on the poppy defacement, of which its author Mr. Brownell supported  was posted ( and was still there ) on his own face book page. Again, do the bullies get free passes, but everyone else just gets the boot?   Is it something more than fear?

This weekend someone actually confronted the ring leader of the same  face book hate group on a new online radio show,  the Jim & Ike show.  I was speaking to this burly guy after and frankly he was shaking.  He was anxious.  His blood pressure was up.  And he was worried that this freak show mob would try and go after his business.   He then removed the comments he’d posted; not because he didn’t believe them; but because he was fearful.

Notice who is standing next to Guy in the video above.   Can you imagine being threatened with the Minister of Justice of Canada over an issue that was not government related?   Is that not text book bullying and intimidation?  Notice Super Guy’s little grin at the end?

Cornwall Ontario has a history that has gone on generations of allowing bullies to stomp on others.   It has lost thousands of its best and brightest.  Ask Ryan Gosling to say something really nice about his childhood in Cornwall.  Double dare you.

So while Brock Vegas grows and Kingston grew Cornwall …..festered.

Watching this election we hear a lot of “Change”.   We hear people saying I won’t vote for any of the incumbents; but are the new candidates really that much different?  Are not Guy St. Jean, Rony Macarone, Alyssa Blais, Carilyne Hebert, Pat Clarke, and Brock Frost simply just replacement bobble heads, and mostly of the worst kind?

Has one candidate for office this term come out and spoken up on behalf of Diane Shay or Julie Johnston since the two stories went live this past week? One?  Even Leslie O’Shaughnessy who made such a fuss about apologizing to Ms Shay?

Watching the farce from the Chamber without more than 2 or 3 candidates protesting and one actually being a lawyer about the Charter statement by Chamber Prez Kevin Hargreaves who also sent out a strictly confidential internal email from director Lezlie Strasser?

They say you get the government you deserve; that your elected officials are simply a reflection of the community.

Is this what we want to reflect?    Is it not time to change our culture right now with this election?

How many more talented people will give up on Cornwall because of watching this circus?  How many will refuse to even consider moving or coming to our city when they see the attack by the city on Diane Shay’s or the treatment of this newspaper with a boycott including a contest to encourage people to write in letters about how great Cornwall is?

Can we afford to continue like this and hope to improve our city?  I think not.  What will you think on October 27th?

Hugo Rodrigues, the editor of the Standard Freeholder, sent me an email complaining about what I wrote above.  The issue chiefly was that ads were sold to Mayor Kilger and others instead of making a standard offer at the close of nominations thus leaving very little prime inventory to choose from.   The Freeholder also killed an interview I did at City Hall with one of their reporters including photographs that were taken of me that day.

I have offered Mr. Rodrigues that he could post a comment or statement if he or Sun Media wish to.

There was no email from Todd Lihou or his gnarly sandal wearing to council feet.