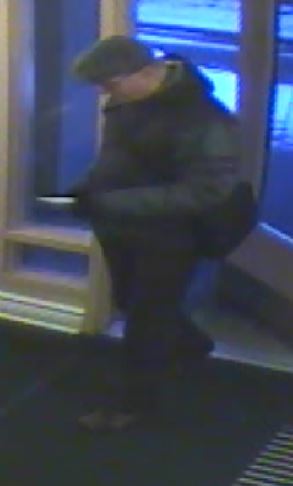 CFN – On December 18, 2014, at approximately 7:30am, a 101 year old man was alone in his apartment in a residential building located in the 1-100 block of Durham Private, when a male suspect buzzed in at the reception door identifying himself as a City of Ottawa employee.

The suspect then searched the apartment and left with undisclosed items.  Once the suspect had left, the victim was able to free himself and contact Police.  The victim did not suffer any injuries. The suspect is described as being a Caucasian male, approximately 50 years of age, fair complexion, a prominent nose, short grey hair, and he possibly wore glasses. He was wearing a driver’s style cap, a black winter jacket, black pants, black boots, and black gloves. The suspect also carried a black bag that had a strap over his head.