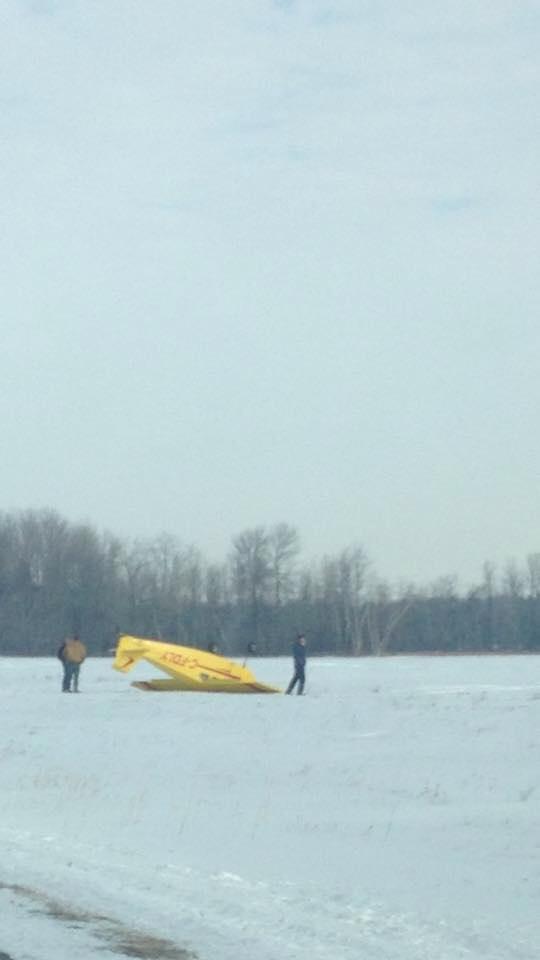 AIRCRAFT COLLISION
(South Glengarry) – On January 15, 2015 at approximately 10:36am, SD&G OPP officers responded to a report of an aircraft collision at a property west of Airport Road, South Glengarry Township.

Investigation indicated that a small fixed wing airplane, operated by a 54-year-old male (lone occupant) from Ottawa, was approaching the Cornwall Regional Airport when a malfunction occurred causing the pilot to land the plane in a field east of the airport, where it flipped over. The male received minimal injuries.

One Response to "Airplane Lands Upside Down at Cornwall Regional Airport – JAN 15, 2015"